This win wasn’t lucky, it wasn’t by chance, it came about through sheer hard-work, believe in themselves and by playing some breathtaking football. It has taken Mayo 21-years to beat Kerry again in the football championship, but the jubilant Mayo faithful - who roared on their hero’s from the first minute to last, know that there is still a big job to do in three weeks time. But that doesn’t mean that this game is not to be savoured.

For Stephen Rochford it was a justification for his own belief that the big call he made last week was the right call and it was also a victory for being his own man and backing himself, when others might have doubted themselves.

When Andy Moran fisted the ball to the back of the net two minutes after the restart it gave Mayo an eight point lead that their football deserved and it was from then on a matter of making sure that they didn’t let Kerry get back into the game - and no matter how many times the Kingdom knocked at the door to try and get a goal that they needed to spark a fightback Mayo stood tall. 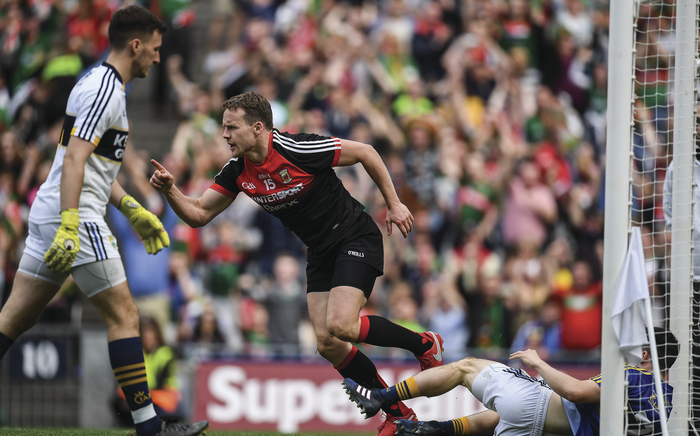 Mayo showed that they were not going to let Kerry pass in the 45th minute in a breakneck ten seconds of play. Kieran Donaghyt fed Stephen O’Brien and his shot was half blocked by Keith Higgins, the ball bounced back into the hands of the Kenmare man, his second effort was saved by David Clarke, the ball came back to Paul Geaney who had a go, this time Colm Boyle got his leg in the way. The break favoured Kerry again with it coming straight back to the Dingle man, but he was swallowed up by Aidan O’Shea, Colm Boyle and Seamus O’Shea and Mayo were given a free out. This one wasn’t going to be taken away from Mayo this time.

With 11 minutes gone in the first half, Kerry led 0-4 to 0-3, but Mayo were about to hit a purple patch with O’Connor kicking three points from frees and Kevin McLoughlin landing one from down town to put Mayo three clear. A Paul Geaney point cut the gap back to two on 26 minute, but a minute later Mayo got the goal their play deserved. Donal Vaughan took a swing at a point but he undercooked it, Diarmuid O’Connor followed it in and got in between Brian Kelly and Jonathan Lyne to flick the ball to the net and put Mayo five clear. There was five between them at the break with Chris Barrett kicking a long one and Geaney getting one in reply for Kerry.

Kerry who made three changes before throw in, were rattled and at the break they brought in James O’Donoghue and Darren O’Sullivan to try and get at Mayo’s defence. But O’Sullivan lasted only eight mintues when he was black carded and the Mayo defence weren’t going to let the Glenbeigh/Glencar man influence the game the way he’d have liked anyway in the form they were in. 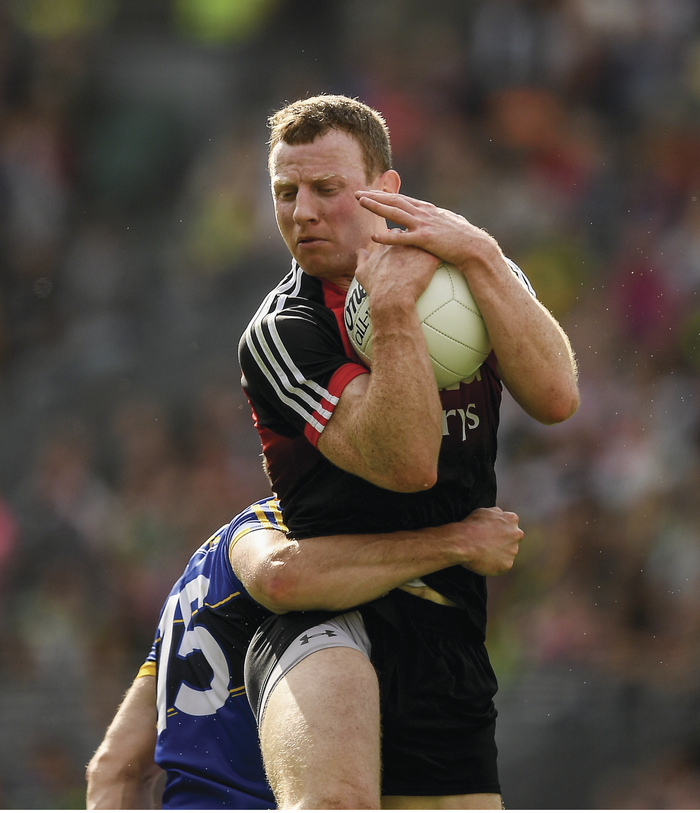 The game did take on a hard edge down the home straight, with Kerry finishing up with 13 men after Peter Crowley was shown a second yellow eight minutes from time and Kieran Donaghy was shown a straight red card for a tussle off the ball with Aidan O’Shea in the fading embers of the contest. Mayo also finished a man down when Paddy Durcan was shown a second yellow in injury time, but at that stage it was only a matter of seeing it out from there on in.

There were plenty of hero’s for Mayo today, from back to front. David Clarke was top class in goal again and his kick-outs worked to a tee. Aidan O’Shea put the team before himself again at full-back for most of the day, though Mayo did mix it up early on with Seamus O’Shea and Donal Vaughan filling in for spells. Colm Boyle bust a gut as only he can for Mayo in the half back line, while Tom Parsons and Seamus O’Shea got to grips with the Kerry midfield and won more than their fair share of possessions. Cillian O’Connor finished up with six points from frees, and took a black card for the cause with 20 minutes to go, as he stopped a Kerry attack. Andy Moran’s Indian summer continued apace, finishing the day with 1-1 and the way he won the ball from Conor Loftus’ pass in the lead up to his goal was a thing of beauty. He maybe 33, but he looks like he’s got another good few years left in the tank the way he’s going. 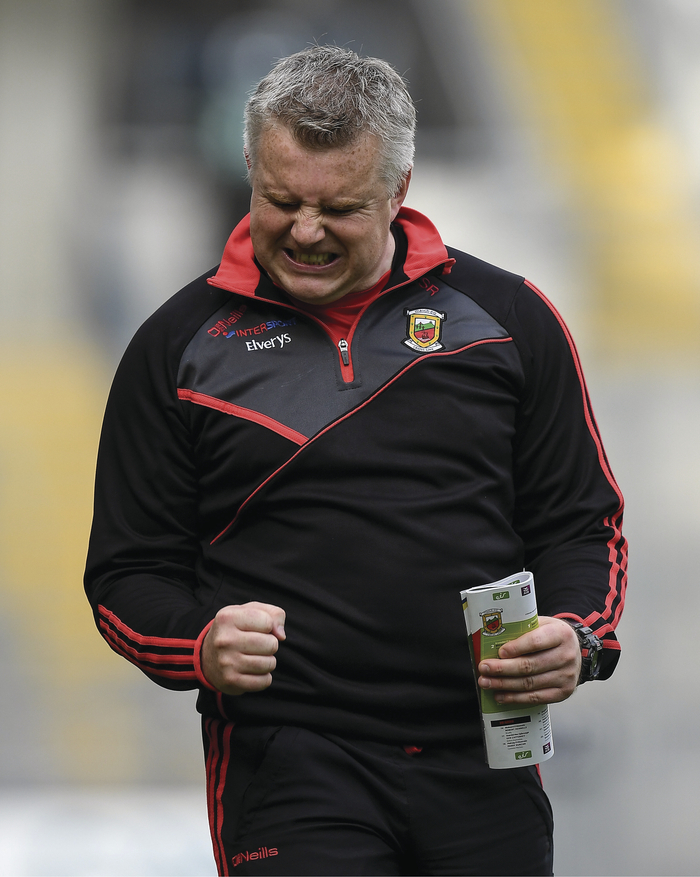 It’s fourth All Ireland final for Mayo since 2012, there’s still a big job to be done in three weeks time, but this is one to savour for the Mayo supporters who once again came out in their thousands easily outnumbering the Kerry fans by four to one. It’s been a long and twisting road, with plenty of different and diverse stops along the way this season. But aren't those adventures the best ones, just one more chapter to be written in September.