Mayo put in an impressive offensive performance to defeat a free falling Roscommon by eight points leaving the Rossies in dire relegation trouble. The 1-19 to 0-14 scoreline suggests a rout but it is somewhat flattering considering All-Star goalkeeper David Clarke pulled off a string of top class saves to keep Roscommon at bay. Clarke, for the third league game in a row, has been one of Mayo's top performers and was deservedly the winner of the man-of-the-match award.

In an era that is dominated by blanket defences it was staggering to see how open this division one clash was. Mayo players were given the time of day in the middle third to do as they pleased with the ball. The marking was atrocious. Roscommon yielded three points from their first three attacks and looked like they were going to make a game of it, but thereafter Mayo took complete control to score eight points on the bounce to put themselves in a commanding position. After Cillian O'Connor fired home a penalty three minutes into the second half the game was over as a contest.

Clarke can't save us every time

The Mayo spot kick awarded after a fine pass by veteran Andy Moran into Evan Regan who was fouled in the box by Roscommon’s Seanie McDermott. This game could have taken a very different dimension only for David Clarke doing what he does best in the closing stages of the first half. He pulled off two first class saves in rapid succession when Roscommon’s Enda Smith, and then full back Sean Mullolly, had one on one chances with the Mayo net minder. Just before Clarke’s heroics Keith Higgins was called to duty to execute a top drawer block on Donie Smith that was surely goal bound. It's a slightly worrying trend that Mayo, who always pride themselves on a strong defence, are coughing up so many goal chances and if we look back,  Kerry could have had five goals in the first half of their league encounter in Tralee in round two. Roscommon as Kerry did, rampaged down the middle to create those chances. This is where the unfashionable part of teamwork needs to be addressed to clog the channels and prevent such penetrating runs.

David Clarke has been in excellent form for Mayo. Photo: Sportsfile

It was great to see Mayo playing with real intent upfront scoring some sublime points, however, it's getting the balance right so as to not leave yourself wide open at the back that’s key. It reminded me of Newcastle United under Kevin Keegan in the nineties, whatever you score we will score more. Mayo certainly had the use of a strong bench to compound Roscommon's misery with Lee Keegan (who had only finished celebrating Westport’s fantastic win ) Conor Loftus and Brendan Harrisson making telling contributions scoring two points each from play. This was Harrison's first game since the All-Ireland and he certainly looked light on his feet and up to match pace, despite his long lay off. He looked all the part of an All-Star and a player whose confidence has grown enormously since last year.

Time to tackle the Dubs

Mayo travel to Dublin tomorrow to take on the all-conquering Dubs who are on an amazing 32 game unbeaten run in league and championship. Their last defeat was in the All-Ireland semi final against Donegal in 2014. In the modern era I didn't think such a feat was possible. Dublin had to pull out all the stops to achieve draws in their last two games against Tyrone and Donegal, who both adopted mass blanket defences and played counter attacking football. It's not pretty but it is effective and should Mayo not have a strong defensive plan in place for the Croke Park showdown the floodgates could open. The Dublin jersey always brings out a performance from our guys, let's hope it's enough to end that fantastic run Jim Gavin’s team are on. I want Mayo to be the team to bring this run to an end. Dublin have unearthed a new wing forward in Niall Scully who seems to have serious potential and he is keeping Paul Flynn on the bench. Of course, he is one of many who’ll need watching. A fascinating contest awaits. 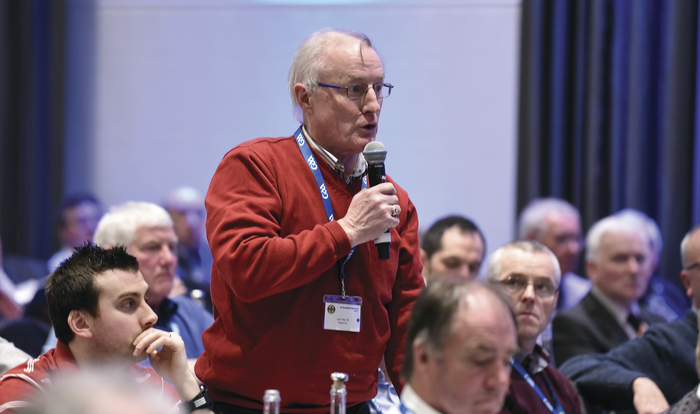 Congress says no to players' wishes

GAA congress have voted in favour of the 'Super 8' for the 2018 championship on a three year basis, despite the two players' bodies the GPA and the CPA strongly opposing it. It effectively means instead of having four All-Ireland quarter finals you’ll have 12 matches where each team in a group of four will play each other. Couple that with the fact the All-Ireland final is to be played on the last Sunday in August means it will leave for a very congested championship calendar. The knock-on effect would indicate there will be virtually no club championship football for the summer months for those counties that qualify for the 'Super 8'. I'm all for change but this set-up will do no good for clubs around the country or indeed the weaker counties who don't make it into the 'Super 8' play-off stage. I will fully reserve my judgement until I see it in motion.