Mayo head to Croke Park tomorrow with two wins in their back pocket from their last two outings, but with plenty of questions to ponder. You can only beat what is put in front of you, but last weekend's showing by Roscommon will have their supporters in a flutter - with lots of questions looking to be answered, but for Mayo it was hardly ideal preparation for a meeting with the All Ireland champions in their own back yard.

Mayo won last weekend pulling up from as early as the 21st minute when Diarmuid O'Connor slotted over Mayo's ninth point of the evening and eighth minor on the bounce since the eighth minute. That score put Mayo six clear of Roscommon and in total control of the game. They ran out 1-19 to 0-17 winners and early in the second half the match had taken on more of the feel of an FBD encounter than a blood and guts local derby, with two vital league points up for grabs. 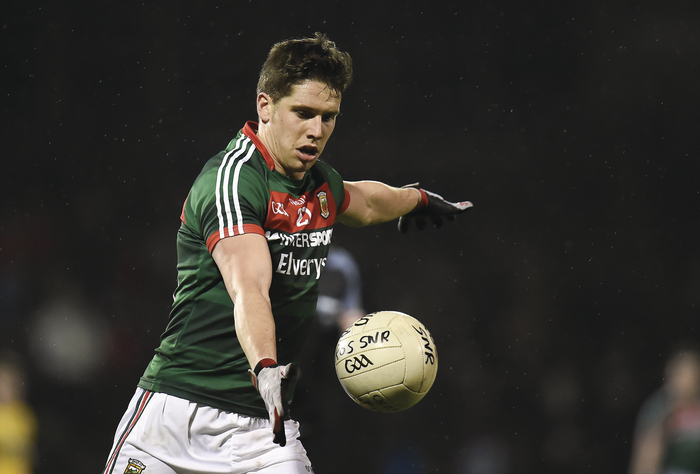 Back in green and red: Lee Keegan's return is a major boost to Mayo. Photo: Sportsfile

But there is still plenty for Mayo to work on despite the ease of their win last weekend, and the fact they registered 20 scores from 12 different players and six points coming from three players who came off the bench. But they also missed 19 scoring chances, just one fewer than they converted and that is too high, especially in a game they were in such control of for long periods.

Dublin's defence will hardly be as generous tomorrow night, it will be a big test for the likes of Fergal Boland, who has had an excellent start to life in the senior ranks. The Aghamore man was flying last Saturday night and while he finished up with two points, his overall contribution in play was excellent once more. Cillian O'Connor pulled the strings in the centre-half-forward position but he is not going to get the room to do as he wanted last weekend tomorrow night.

At the back Mayo's defence looked porous again, with Roscommon getting in for five realistic goal chances, with David Clarke having to pull off a number of top drawer saves to keep them out, in the process picking up the man-of-the-match award, in normal circumstances with how comfortable Mayo were in this game, you would not be expecting that award to go to your last line of defence. But it was not just last Saturday night Clarke had to come to Mayo's rescue, he has done it in every league game so far this year, putting in excellent showings. 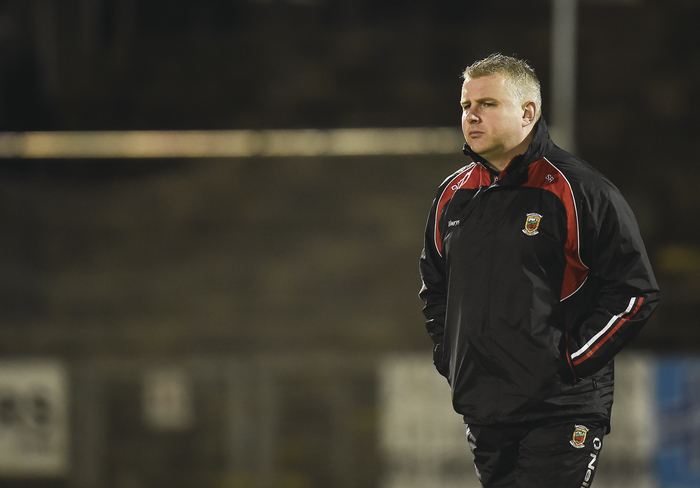 Plenty to mull over: Stephen Rochford has plenty to think about this week. Photo: Sportsfile

This will be Mayo's tenth meeting with Dublin since the last toppled them in a competitive game in the 2012 All Ireland semi-final, over those ten games, five in the championship and five in the league, Dublin have defeated Mayo seven times, with three games ending up in a draw. When it comes to league encounters, Mayo were beaten 0-7 to 0-9 last season in Castlebar, in 2015 - Dublin ran out 2-18 to 0-10 winners. In James Horan's last year in charge they sides drew 2-17 to 3-14 in Croke Park under the lights and the previous year Dublin saw off Mayo 2-14 to 0-16 in the league stages, before dispatching themmon a 2-16 to 0-16 scoreline at the semi-final stage. When the scores from those five league games are totted up it stands at 9-71 for Dublin to Mayo's 2-66. In league meetings between the teams since the start of the 2013 season, Dublin have hit the back of the net nine times, while Mayo have only raised the green flag twice, both of those goals comin in the 2014 drawn encounter.

All that being said, Dublin are not coming into the game on the back of a great run of form themselves, they have had to fight tooth and nail over the last two rounds against Tyrone and Donegal to come away with draws from both games, and tomorrow night offers Mayo a great opportunity to pick up a win against them. It will also offer them a real yardstick to measure how far they have come along so far this year.