It’s a case of job done and on to the next one for Mayo following their 20 point win over Sligo in Markievicz Park on Saturday night.

They did the job without Cillian O’Connor and, with Ryan O’Donoghue taking over the free taking duties and he kicked four from four while he was on the field.

Darren McHale fitted right into the side on his first championship start getting 1-5 for his efforts on a day when his Knockmore club mate Kevin McLoughlin was making his 150th appearance in league and championship for the county.

What Mayo can take from this will have to be see later on down the line, because truthfully Sligo posed no real serious challenge to Mayo - who went about the job in a very polished and professional manner when the game was there to be one. 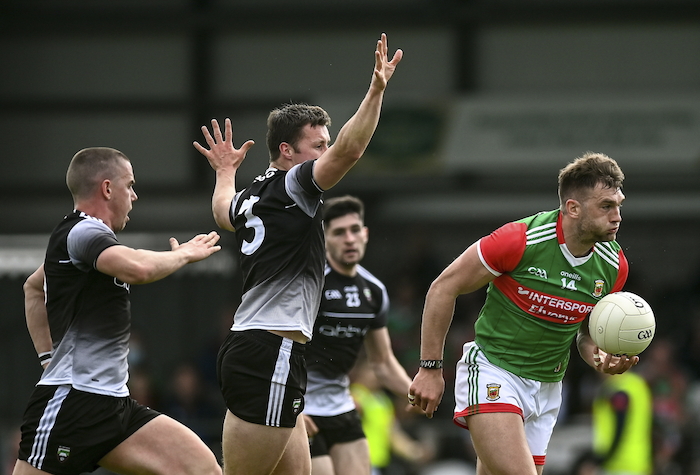 On the run: Aidan O'Shea breaks for his first goal. Photo: Sportsfile

McHale kicked the first three points for Mayo, showing calmness and composure along with the elusiveness for defenders that marked him out so much in the club championship for Knockmore last year.

Mayo’s first goal came 12 minutes in when they overpowered the the Sligo defence for Aidan O’Shea to barrel through and finish on the run. The Breaffy man who is once again captaining Mayo this year got his sides second goal a dozen minutes later when he finished form close range after being found inside the cover. McHale rounded off the goalscoring seven minutes before the interval when he was the quickest to react after Tommy Conroy forced Eammon Kilgallon into a good save.

It was all very controlled for Mayo - they ran with power and pace when the opportunities were there, and they were also comfortable keeping and controling the ball in front of  the massed Sligo defence - while they waited for a chance to come, before going for it. 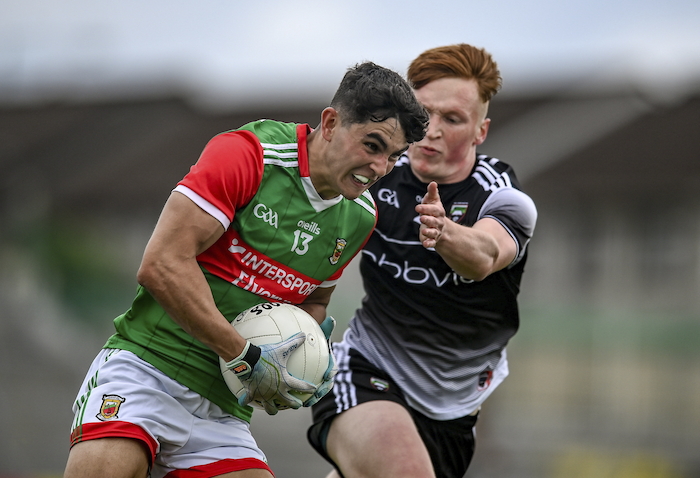 Breaking for it: Tommy Conroy looks to make a break for Mayo. Photo: Sportsfile

The second half was an exercise in seeing it out for Mayo without picking up any more injuries. They only had 25 in their match day squad with Brian Walsh going over on his ankle in training late last week after the match day 26 had been submitted.

That’s another injury blow that Mayo will have to deal with over the coming weeks - alongside the absence of his club mates Diarmuid and Cillian O’Connor who both picked up injuries against Clare a fortnight ago.

It’s on to Leitrim in a fortnight for Mayo - after they sent out a message to the other sides in Connacht that they intend on holding on to the Nestor Cup.