The Mayo Ladies senior footballers will get their National League campaign underway on Saturday evening, when they take on local rivals Galway in MacHale Park.

The start of the league campaign is also the start of a new era for Mayo, with former mens senior footballer Michael Moyles now in charge of the team.

It is also a chance for some old wounds to heal in the county, with the return to the panel of a number of Carnacon players who left en masse a number of years ago under the tenure of former manager Peter Leahy.

The focus is solely on Mayo and achieving to be the best said Moyles ahead of the league campaign’s start.

“The transition has been fairly smooth, there has been no great speeches or people coming into make sure everything is alright. The girls have just focused on what they are there for and that is for Mayo and football.

“I suppose with training sessions, we don’t have much time to be thinking about anything else because it’s football and it is getting them to think about what happens if this goes (there ) and drills, and things like that, but they have been brilliant - all - both girls that have come in and girls that have been there.

“Because we have leaders that have been there for the last three years and carried the can and we have leaders that came in and want to help out, it is just about Mayo and that’s the way it is, there are no personalities involved and we are lucky enjoy to have them eight, nine ten great leaders there and young girls that are listening to these leaders it can only enhance ladies football.”

Mayo have also been boosted with the return to the squad of a number of players who were playing in Australia over the winter, with Niamh Kelly expected to be ready to go on Saturday, while both her sister Grace and Sarah Rowe are getting over injuries.

However one player who will not be available to Mayo this season is Aileen Gilroy who hasn’t been able to commit to the team this season said Moyles. 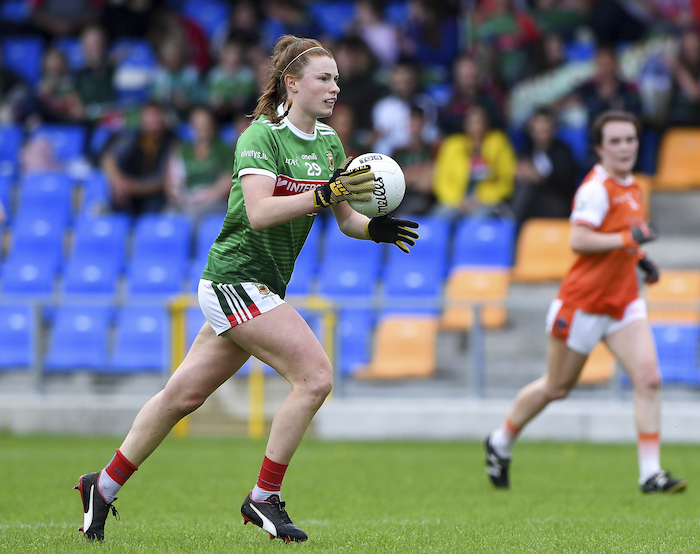 “We have been ongoing with Aileen over the course of when she was in Australia, something she struggled with over the last couple of years, personally she is living in Wexford and found it difficult coming back from Australia to commit and that is fine.

“She can’t commit to what is needed for inter-county, with the short turn around year, we have had the discussion with her over numerous times, we gave her ample opportunity to think about it.

“Aileen is not one to half arse anything - it is just the last year or two she’s struggled with it and just needs to take a year to get things right and that’s fine no problem.”

Another player who has been double jobbing of late is attacker Rachel Kearns who has been lighting up on the soccer field the Women’s National League with Galway United. 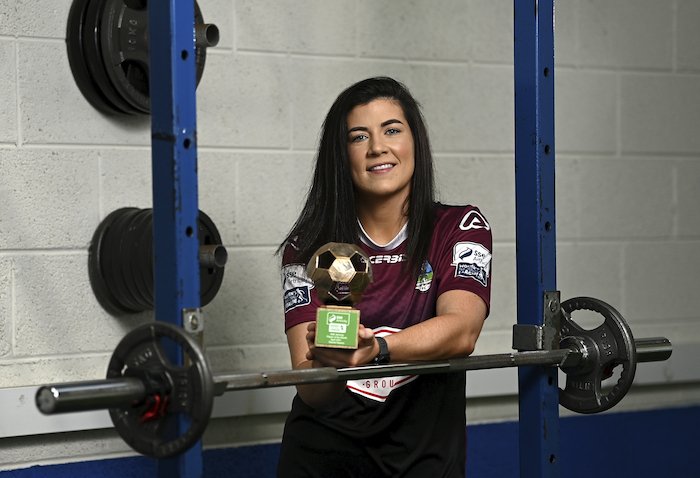 Soccer star: Rachel Kearns has been staring for Galway United in the WNL, but is committed to the Mayo cause this year. Photo: Sportsfile

She is fully committed to the Mayo cause too this year the Crossmolina native said: ““Rachel had an agreement with Galway United before we became a management team, so I felt when we had the discussion about it we didn’t know with Covid was football going to happen but we did with the soccer it definitely was.

“Rachel wanted to give it a go and I didn’t have any issue with that, especially since she had discussions with the Galway United management before we even came in.

“She hasn’t really missed a session with us, she has been at all our online sessions, yoga everything she has been there and going to the soccer matches.

“The cut off point then was the bank holiday weekend in May and unfortunately the week before that she got injured, she got an ankle injury that she has been carrying for a week or two but she is fully committed to Mayo.

“She’s been at all our sessions so far and she’s doing her rehab with us and I’m delighted to see Rachel doing well, sometimes players that outlet of doing something else and enjoying playing football again and she definitely has that and she is a very important player for us. We are delighted to have her on board. “