Following on from their victory over Limerick on Saturday, Mayo were drawn out of the hat to face Tipperary in round two of the All Ireland football qualifiers.

The goals that day were scored by Jason Doherty and Conor O’Shea, with Andy Moran bagging four points from play and Cillian O’Connor chipping in with three points.

The Ballintubber man on Saturday last, became Mayo’s all-time record scorer when he bagged 3-9 overtaking Conor Mortimer at the top of the charts. 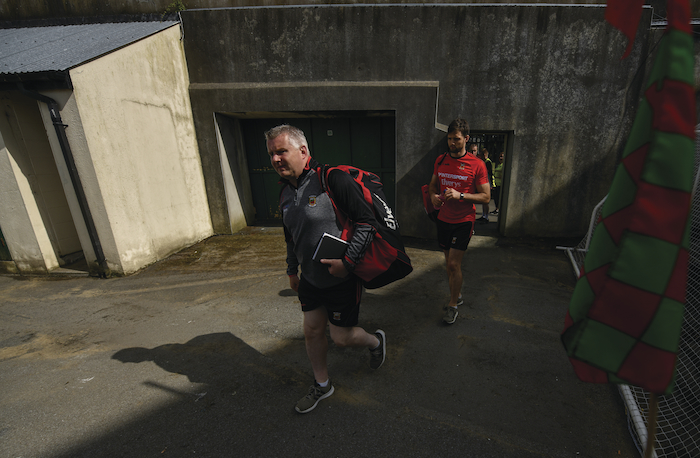 On to the next one: Stephen Rochford will be busy preparing Mayo for their next outing against Tipperary. Photo:Sportsfile

Speaking after breaking the Mayo record on Saturday, O’Connor said: “A few people had said it to me last month or whatever. Without being disrespectful, it is nice to have that out of the way. There’ll be nobody on about it now. Down the line, it will be nice to look back on. Right now, it is all about winning the next game and making sure this journey keeps going.”

His manager Stephen Rochford added that: “It’s a tremendous personal achievement coming back for his first start in three months. He looked very sharp and offered us a really good presence in the forward line.

“Look, delighted for him but as he knows as well our focus and him as captain of the team; is about the team. He got 3-9 today, but if he gets two points the next day and we win that will continue to be what will please him most.”