I’m going to begin this column with the great news about Katie Taylor. As we all know by now, on Saturday night she defeated Belgian woman, Delfine Persoon, in Madison Square Garden in New York. I didn’t see the fight because it was at 1.30 in the morning, but I saw bits of it on the news, and it appears that she won it fair and square. But already the grumblings are beginning and Delfine Persoon has challenged her to a re-match as soon as possible. If I was Katie Taylor, I would not agree to a re-match. Katie won it, and she is now the undisputed lightweight champion of the world. Why should she casually decide on a re-match, just because the loser wants to engage with her immediately? So leave her alone; you are now, Katie, the world champion, so rest on your laurels. Despite that fact, she is always regarded, both when written about and in interviews, as a modest, unassuming young woman, and she appears to be that in every sense of the word. Well done Katie, and I hope you enjoy the sense of accomplishment.

As the May Bank Holiday weekend approaches, An Garda Siochana is anxious to ensure anyone using a vehicle is aware of its bank holiday enforcement campaign. 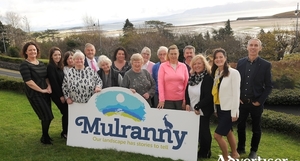 A sunny bank holiday - and not a moment too soon!

Well, what a wonderful few days of intense May summer weather we have had!

Go on, go on — take a break when driving 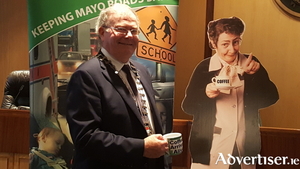 Bank holiday weekends are always busy on Ireland's roads because people want to go home or get away, and it is also a very busy weekend in sport with all GAA fans travelling to Dublin. As always, members of An Garda Síochána will be out in force as they do their very best to keep our roads as safe as possible but this year they have an extra helper getting the road safety message out there.

With two beer gardens, tons of live music and sport, a wide selection of globally renowned whiskeys and a pint of Guinness to beat all others, The Snug Bar is the ideal place to unwind this coming bank holiday weekend.