Athlone Tidy Towns Committee is calling on the local community to help spring clean Athlone in the last week of April.

Sunday show down at convention

The annual end of year Mayo GAA County Board convention promises to be one of the more interesting ones with a number of positions up for grabs. The top job as chairman of the board will see current vice-chairman Mike Connelly and former county secretary Sean Feeney battle it out for the top seat in Mayo football. Outgoing chairman Paddy McNicholas has decided to seek a place on the Connacht Council as one of the two Mayo delegates. Outgoing delegate Willie Kelly has served his five year term and cannot run again. His fellow outgoing delegate Padraic Staunton from Moygownagh will be in the race with McNicholas, former Mayo GAA cultural officer Gerry Bourke, and Louisburgh’s Michael O’Malley. The battle among the four men promises to be an intriguing one when the votes are counted.

Facts, figures, and votes on the agenda for County Board Convention 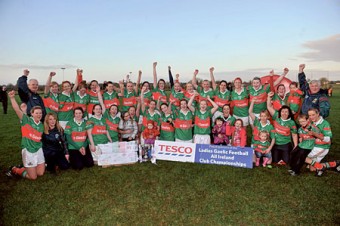 In his last secretary’s report, outgoing county secretary Sean Feeney paraphrases a quote from Charles Dickens’ 1859 novel A Tale of Two Cities saying, “I have enjoyed the best of times and the worst of times,” in his opening gambit, which goes on to set out the challenges he sees coming for the association as a whole. The returning spectre of emigration as a threat to the association is something he sees becoming a major factor. “The years ahead will be challenging for the association as a new wave of emigration threatens our resilience once again. The spectre of mass unemployment and the inexperience of our young to cope with a less affluent society is a cause of concern.” But he believes the association will be able to pull through as it has in the past, saying: “The GAA has survived greater challenges in the past and I have no doubt it will survive this once again.” 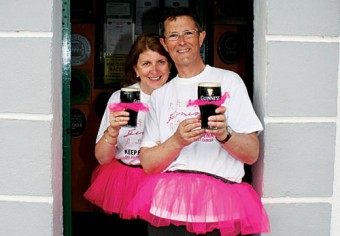 An English couple with Galway connections, who walked across Ireland to raise funds for a British breast cancer prevention charity, said they were “deeply touched” by the generosity and kindness of the people they met along the way.

Horan to shake things up for Roscommon clash 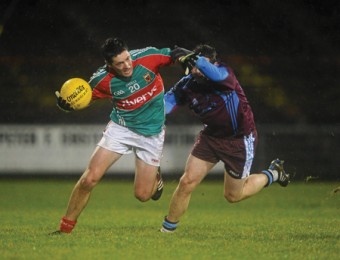 The visit of Connacht champions Roscommon to Ballyhaunis on Sunday gives James Horan another chance to have a look at the cast of hopefuls who are vying to nail down a place in his plans for the coming year. Horan opened up his inter-county management account last Saturday night in McHale Park, with a win over GMIT in the first floodlit game in the county ground. A healthy crowd of some 2,000 turned up for the game which, while it failed to light up the night on the field, was a good dry run for those involved in getting the ground ready for the visit of Down in the National Football League on February 5. However Horan was happy enough with how things went on the night in the most part. “It was a poor enough game, we came through it OK apart from Kevin Dolan who was very unfortunate. He was operated on Tuesday and hopefully he won’t be out for too long. It was good to get out there and see the guys in action on the field, it’s where you’ll learn what you are about and see mistakes that are being made and where you need to work on your game.”

A new beginning for Mayo under Horan 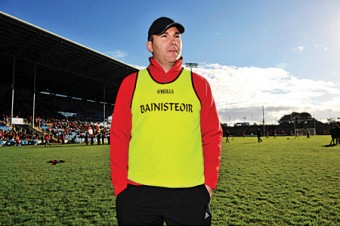 Just over six months since Mayo last played a senior inter-county game the road is opening up in front of them for another year. On Sunday in Ballinamore in Leitrim the newest version of the Mayo senior team will take to the field under the guidance of James Horan for the first time. Since his appointment at the end of September, Horan has only been able to run his eye over his new charges a handful of times, the last time last weekend in a series of inter-squad challenge games and previous to that in a number of trial games in November.

The Minister for Arts, Sport and Tourism, Martin Cullen TD, visited the Linenhall Arts Centre in Castlebar and McHale Park on Friday last together with Fianna Fáil TD Beverley Flynn.

Sparks fly at county board convention

I got word earlier in the week that the wagons were circling ahead of Mayo’s GAA County Board convention on Tuesday night last at the McWilliam Park Hotel in Claremorris. It appears that Noelle Horan, the outgoing PRO, had a major difference of opinion with a number of county board officers regarding restrictions on her access to the county team’s dressing-room earlier this year. “Access all areas” apparently wasn’t a problem under the previous management and it would seem there wasn’t too much of a problem regarding her access to the dressing room earlier this year under the current management. Obviously something went awry at some juncture that sullied what appeared up to then to be the perfect harmonious relationship. There had been a number of verbal clashes at earlier meetings and it was generally felt that things might get a little ugly at the convention on Tuesday night. There was no pairing system in place for this meeting with all county board officers expected to attend to display a collective unity against the maverick! My informant tells me that Ms Horan distributed a pre-prepared script which she later read from. She had a right swipe at the county board executive, outlining instances when she was “constructively prevented” from performing her duties and other occasions when she was “repeatedly undermined” by members of the board. Her own club member, Mr Sean Feeney, the county secretary, came in for scathing criticism from her, suggesting that he had no right to criticise players for doing certain media work. The suggestion was that Mr Feeney wasn’t shy of using the airways himself when it suited him. It is difficult to comprehend what caused such a breakdown in “the family”, but I would offer that it will be quite some time, if ever, before we see Ms Horan seek a nomination to become an officer of the Mayo County Board.

The final will take place in Breaffy GAA club house on January 4 at 3pm.

A true great of Crossmolina and the game

If friendship was to be measured by the number of times I called to John Naughton’s house to say hello, I was not John’s friend at all, for I never called to his home, nor he to mine and this despite the fact that he only lived over the road from me here in Castlebar. But I have known John all of my adult life because he played in goal for the Crossmolina senior football team for years. Unfortunately John lost his brave battle with cancer and passed away last week. John was a very clever, gifted, man who knew things that others didn’t. He was interested in predictable things like Gaelic football, his farm and livestock, and loved his work with the HSE in Castlebar Hospital. He always struck me as being a wise man. He remained passionate about the Crossmolina football team even after he stopped playing. When I made my way on to the senior team in Crossmolina John was already the well established custodian, having played in goals for years prior to my arrival. He took his game seriously and was never shy in making a suggestion as to how the opposition would be beaten, or offering his point of view on what was going awry in a game. John had notions of grandeur for the club. He wasn’t content with the junior medal won in 1975 or the intermediate title won in 1980. He wanted the team to be the best it could be, to be up there with the top teams competing for the county senior title annually. He was one of the real leaders in the dressing room during my indoctrination. At that time I was a young naive defender on the team and John often pulled me aside before, during, and after games to offer encouragement and advice, for which I was most grateful for. What I loved about those words was the fact that they were delivered in the language of the plain man. In other words, there was no doubt in my mind about the content of the message delivered! John’s manner was genial, his humour easy, and his mind acute. He was enormously proud of the achievements of his native Crossmolina, particularly the All Ireland club victory in 2001. On big match days, whether it was Mayo or Crossmolina that was involved, John would have the field in front of the house bedecked in the Mayo and Crossmolina colours. The display of a variety of paraphernalia, bunting, and flags signalled the fact that a serious follower of the GAA lived in the house behind the field. An enormous crowd of old GAA friends and colleagues, from as far away as Co. Tyrone, turned out for his funeral last weekend to bid farewell to a good man who loved his sport. John would have been immensely proud of his son Kieran who bravely took to the field last Sunday to assist his club, Castlebar Mitchell’s, get through their quarter-final replay vs Shrule/Glencorrib successfully. It can’t have been easy.