'Everyone is welcome to Pride, no matter how you identify' 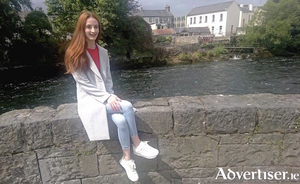 WHAT A year it has been for Galway’s LGBT+ community. What a year it is still set to be. With the Galway Pride - Bród na Gaillimhe festival, taking place this August, there is much to look back on, and much to look forward to. 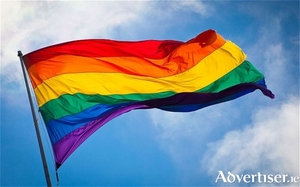 In 2017 Outwest will celebrate being in existence 20 years, over the past two decades it has been organising social events for the rural and isolated members of the LGBT+ community.  Covering the west of Ireland Outwest has been a much needed and well used organisation that continues and endeavours to offer a safe space for the LGBT+ community, its family, friends, and allies. Offering a confidential helpline to those in crisis the organisation recruited volunteers to listen and support people and offer a befriending service to those who struggled to meet likeminded people.

Tales of true heroism fill us all with pride

There are so many discussions we could have in this column this week regarding the theme of heroism and bravery. Napoleon Bonaparte once said - “Valour is a gift. Those having it never know for sure whether they have it until the test comes”.

Sunday brings us all together, no matter where we are

By the time next week’s issue of the Mayo Advertiser hits the shelves, hopefully we'll be basking in the afterglow of a day to remember for many years ahead. Sunday's games have given the people of this great and proud county something to think about and concentrate on for the past few weeks. The All-Ireland has enabled us to forget about or worries for a few brief flickering weeks, as the hunt for tickets and the build-up of excitement about the games has taken hold and pushed our financial, social, and other concerns to a small corner of the mind. Not that they have gone away or been forgotten about at all, but it has given us something positive to concern ourselves with. It has also created a great sense of community spirit and kinship from the top of Bangor Erris to the bridge in Shrule as we have all rowed in behind James Horan and Enda Gilvarry and their two teams of heroes.

Don’t be too proud to ask for help

In all of our communities right now, there are husbands and wives, fathers and mothers, who have lost their jobs and are wondering how they are going to make it through the winter and out the far side. They know that there are but a few weeks to Christmas yet they have never been as badly prepared as they are this year. Thousands of homes will experience a Christmas the likes of which they have not experienced for some years.

When closure is just the beginning...

And now it’s over. When they turn the key and step in, the house seems emptier. It was quiet before they left for Ireland, but now, if it was at all possible, it seems to have lost even more of its heartbeat. The clock ticks in the background — its tick hitting a false note of optimism, its tock emphasising the silence. They look at the door, and sob inside and wish that for just one more time, it would swing open and their bouncy happy daughter would come back in through it. Closure is sometimes seen as the end of a journey, but often it is just a mythical void. The pain in their chests that comes with every waking moment of the horrific realisation has not abated, as they thought it might. Now, alone together for the first time in weeks, they realise that often closure is the beginning of the journey and not an imagined end. Now, the hard work begins. The bit where the desire for justice has left them unfulfilled, the hole in their hearts just too large.