Calling all Jes past pupils 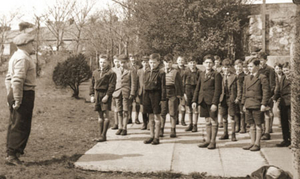 Like most national schools in the 1950s, the bunscoil in Coláiste Iognáid (the Jes) used to have a little break, known as a ‘sos’, mid morning. The lowest class in the Jes was Bun Rang II and they had a charismatic teacher named Power, who was known only as ‘An Paorach’. This man was a Gaeilgeóir who taught everything through Irish, but made it fun. You had to learn songs like ‘Beidh Aonach Amárach i gContae an Chláir’ or ‘Trasna na dTonnta dul siar, dul siar’. Weather permitting he would use the period of the ‘sos’ to take his pupils out drilling around the pitch, always carrying a whistle and issuing his commands in Irish.

Why Joan Burton is the best choice for Labour leader 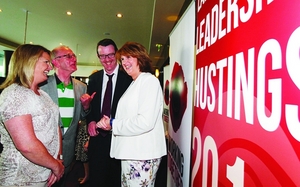 Insider is, this week, looking at the contest for the Labour leadership, from a Labour perspective, in the aftermath of what was a disastrous election for the party in which it lost three seats on the Galway City Council.

No disqualification for man who went to get wife’s inhaler

A Ballyhaunis man who drove without insurance to get his wife’s inhaler as she was suffering a severe asthma attack escaped a disqualification in Ballyhaunis District Court this week.

Big crowds turn out for launch of John Hoban’s memoirs

Massive numbers of people showed up to support Castlebar’s own troubadour and author John Hoban. The magical, unique, and heart-warming evening started off with music and songs from Paul Holmes, Michael McCarthy, and Brian Lofthouse. Then Emer Mayock officially launched the book, From the Plain of the Yew Tree, and played a beautiful tune that she learned from John. The crowds kept pouring in, like a real show of force, as the man himself took to the stage and started reading from his powerful book. 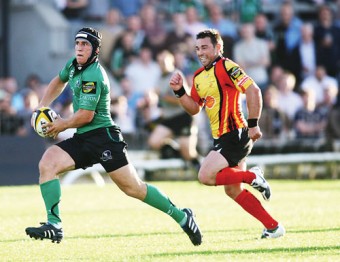 Connacht’s away form, so poor in previous seasons, gets its first test on Saturday when they face the Scarlets at Parc Y Scarlets (3pm). 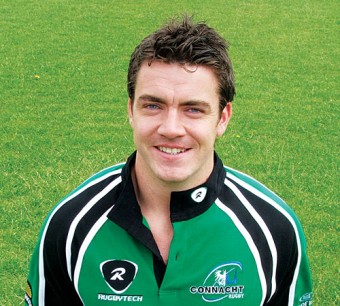 There is a buzz around Stradey Park these days which Connacht must endure on Saturday when they face Llanelli Scarlets in the Magners League. 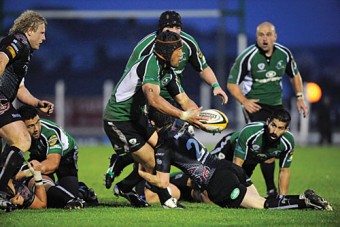 There is a buzz around Stradey Park these days which Connacht must endure on Saturday when they face Llanelli Scarlets in the Magners League.

What is it about Éire Óg? Since the club’s foundation in 1960 all of 48 years ago, it has become the major force in Carlow gaelic football. In defeating Palatine in last Sunday’s county final replay, they annexed their 25th senior football title. It wouldn’t take a mathematical genius to work out that this gives the Teach Asca club an enviable record of one title during just about every second year of its existence. There are some clubs around the country who dominate their own domestic championships with the amazing Crossmaglen Rangers in Armagh being the obvious example. However I’d say there aren’t many clubs who have had such an influence over such an extended period as Éire Óg. If there was one period during the club’s decorated history that did stand out however, it must be the glory years of the nineties. During this time, an unprecedented five Leinster club titles were brought to Carlow. The holy grail of the All-Ireland eluded them however. During this period, the whole county mobilised in their support. I remember many bus journeys all over the country from St Mullins. We followed them to places like Newbridge, Knockmore in Mayo, Longford and of course to Croke Park. That first appearance in an All-Ireland final will never be forgotten. While ultimately defeat was to be suffered at the hands of Skibbereen’s O’Donnovan Rossa, it was the sheer joy and excitement that the team brought to a county starved of GAA success that will remain in my memory forever. I have no problem in saying that Éire Óg were robbed of their All-Ireland that year by two astonishing decisions by the match officials. In the drawn final in Croke Park as they defended a one point lead in the dying stages, Garvan Ware was bundled over in the Hill 16/ Cuscack stand corner of the field as he bent down to lift the ball. No free was given and from the resulting breaking ball, the late Michael McCarthy slotted over the equaliser. If the sense of injustice was palpable that day, it was multiplied a thousand-fold following the replay in Limerick’s Gaelic Grounds. This time as the game entered its dying stages “Smoky” Joe Hayden stood over a sideline kick with his team two points down and needing a goal to snatch the title. I remember watching the flight of the ball as it came in from the right-hand side. Of course the goal area was a mass of bodies but, as if in slow motion, the ball made its way to the corner of the net untouched by forward or defender. Cue bedlam all over the place as Carlow people celebrated the first ever senior All-Ireland for a team from the county. Again however, deflation. The goal was disallowed for reasons I have yet to discover. A memorable journey had come to an unforgettable end. I have already mentioned some of the names that will forever be synonymous with this great team but there were so many. Anthony “Muckle” Keating, Colm “Rooster” Hayden, his brother Brendan, Willie Quinlan (who played his part last Sunday at the age of 41!), Joe Murphy, John Kearns, Alan Calinan - all names that were so familiar, not only to Carlow GAA followers, but to people all over Ireland. If there was one ground that Éire Óg followers will regard fondly it must be St Conleth’s Park in Newbridge. Leinster titles were won and many great battles were fought there, none more than the games against An Tóchar of Wicklow. Some of the football played in those games is still the best I have ever seen. I think it is this that makes Éire Óg what they are. They play an open, entertaining brand of football. Of course in this day and age, they also know how to compete in the physical stakes, but there is also a big emphasis on skill and that, at the end of the day, is often what makes the difference between winning and losing. When they salvaged a draw in the first game against Palatine, it was felt that their record of never having lost a final replay would remain unblemished. I still felt that Palatine could do it but as usual I was wrong. Éire Óg’s know-how and their savvy again came to the fore. In a tempestuous affair, (with two bookings before the ball was thrown in), they held their composure better than their opponents. They got the goals at crucial stages and in the second half were quite comfortable in defending their cushion. Palatine will look to the loss to a red card of Paul Reid, who was having a huge influence on the game, as a turning point, but having only retired level at half time and facing into the stiff breeze for the second half the writing was on the wall. Éire Óg now go on the familiar journey into the Leinster championship as they face Kiltegan of Wicklow in the county grounds next Sunday. Will they add another chapter to their illustrious history? Time will tell.