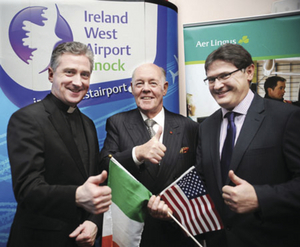 Parish priest and rector at Knock Shrine, Fr Richard Gibbons, says the historic announcement of a chartered Aer Lingus flight to carry pilgrims from New York to Knock next August is the first step towards marketing the shrine as a major pilgrim destination to tens of millions of Catholics in the USA. 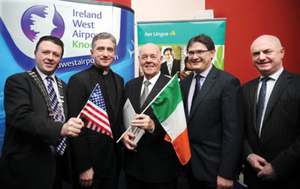 Knock Shrine and Ireland West Airport are delighted to announce the first Diocesan pilgrimage from the Archdiocese of New York to Ireland’s National Marian Shrine will take place in August 2015. 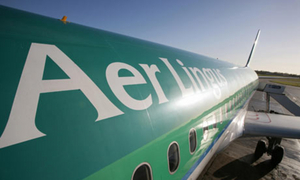 The first ever transatlantic flight operated by Aer Lingus into Ireland West Airport Knock was announced this morning at a press conference in Knock House Hotel.

Ireland West Airport Knock has announced the appointment of three new directors to the airport board. 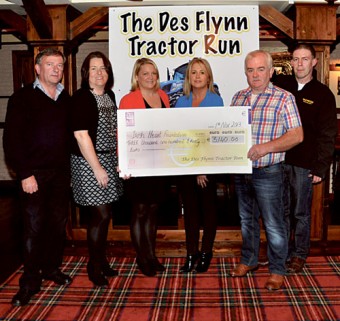 The village of Castleconnor was plunged into mourning on May 23 this year following the sudden death of popular local man Des Flynn.

Late Sheila Gunning to be honoured at Mayo Emigrants awards

The 2013 Mayo Emigrant Liaison Committee’s annual Irish Diaspora Awards are to be dedicated to the memory to the late Sheila Gunning, Bangor Erris and Dublin.

The Board of Ireland West Airport Knock last Friday, announced that Joe Kennedy will succeed Liam Scollan as the Board’s new Chairman.