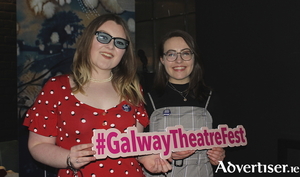 Dramatic start to the new year at Roscommon Arts Centre

Roscommon Arts Centre will launch its 2018 theatre season with the hilarious Looking Deadly on January 19 at 8pm.

Swing into the Town Hall with Fishamble 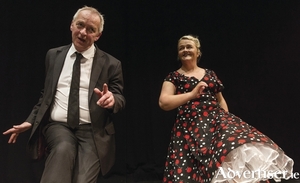 INTERNATIONAL HIT play, Swing, a beguiling comedy about dance, music and love hits the Town Hall Theatre on Friday April 1 at 8pm. Produced by Dublin’s Fishamble Theatre Co, it won the Bewley’s Little Gem Award at the 2013 Dublin Fringe Festival, and has been performed in New York, Paris, Edinburgh, and New Zealand, and is scheduled to go to Australia after its current Irish tour.

Branar Theatre specialises in children's theatre for the very young where often language is not the most important tool to convey the story. Their work is precisely crafted to tell the story succinctly for the eyes and ears of young children, while introducing them to an amazing, awe-inspiring, work of live theatre. The group will be bringing their show Bláth/The Flower to the Linenhall Arts Centre next Monday, October 26.