Salthill - ‘One of the nicest localities in the Kingdom.’ 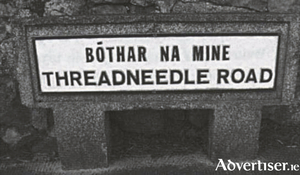 Salthill was a quiet fishing village, existing independently from Galway town, until the Victorian obsession for health and fresh air eventually came to the west of Ireland. Invigorating salt-sea baths, salt-water showers, and, as I mentioned in former weeks, confined bathing opportunities for women; but where men could hire togs for some manly swimming and diving. By 1828 it was noted that there were 40 to 50 neat lodges along its sea shore, where there were only two or three a few years before.

James Connolly and why he still matters in 2018 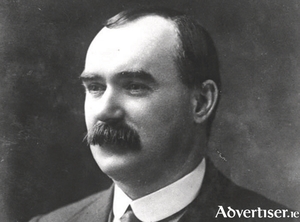 The Mayo member and the maid 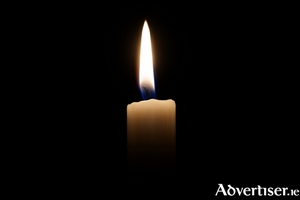 John Deasy was on one of his regular trips to London. While carrying out his duties as the member of parliament for the constituency of Mayo West, Deasy was a frequent lodger at Mrs Postlethwaite’s boarding house at 75 Warwick Street, Pimlico, where he occupied a back room on the top floor. After a busy weekend, the tired 37-year-old MP returned to his room on the evening of Sunday, 4 June, 1893. One candle burned on the table by his bed, emitting limited light. It being a late hour, Deasy rang the service bell in order to request his supper. He walked on to the landing to meet his familiar servant girl, Ellen Lewis. Lewis was a girl of 16 years of age and by his own account, Deasy had always considered her a virtuous and modest girl. But, whether through boredom or through more corrupt thoughts, Lewis’ angelical qualities had not prevented the married Deasy from flirting with the young maid during previous stays.