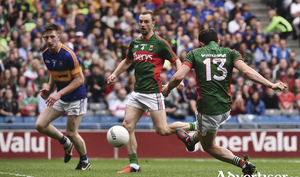 Mayo have been involved in enough epic semi-finals over the last two years and have come out on the wrong side of the result at the end of the day that Sunday’s performance over Tipperary won’t mind them that much at this stage, with four weeks to put things right before they face either Dublin or Kerry in the final. 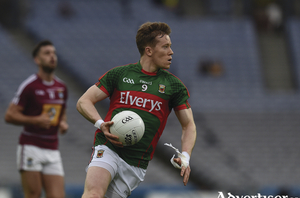 The All Ireland quarterfinal is where Mayo wanted to be when the season threw in and they have got back there, they have taken a somewhat more circuitous route than they would have hoped, but that goal has been achieved. Mayo's championship form has been patchy all year, no more so than last weekend when they mixed the good with the bad, but they still got the result if not the full performance, they wanted to get there. 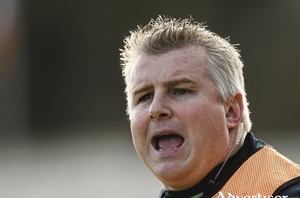 Stephen Rochford has named his first championship starting team for Mayo this lunch time, Rochford has handed Ballina Stephenites attacker Evan Regan his championship debut in this game and has named nine of the side who started Mayo's All Ireland semi-final replay defeat to Dublin in the starting 15. The players coming into the side who didn't start that day are Brendan Harrision, Kevin Keane, Patrick Durcan, Jason Gibbons, Evan Regan and Conor O'Shea. Dropping to the bench from that clash are Seamus O'Shea, while Ger Cafferkey, Donal Vaughan, Chris Barrett, Barry Moran and Diarmuid O'Connor aren't part of the match-day 26. There had been doubts of the fittness of O'Connor, Barrett, Moran and Ger Cafferkey ahead of the game. 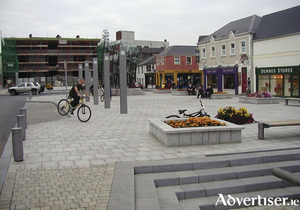 Saturday April 30 sees the second annual International Mayo Day. Communities from all over the county, the country and indeed the world will fly the green and red that day in honour of their “Mayoness” and show all that is great about their progressive, can-do county.

Breaffy and Mitchels to battle it out to be the best 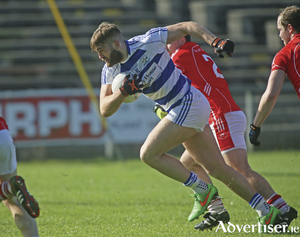 Since the last time that these two neighbours came together in the senior championship, Breaffy have won their two league meetings, a 2-13 to 0-7 win in 2014, and a 3-9 to 1-12 victory in the spring of this year. But it is the meeting before those two that was the last big one, with Mitchels claiming their 28th senior title on a rain soaked day back in 2013. 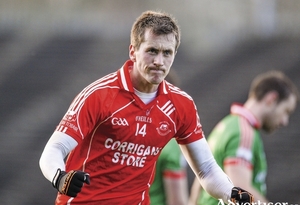