The Knot Worldwide to establish operations centre in Galway

The Knot Worldwide has announced it is to establish an operations centre in Galway, creating some 100 job opportunities over the next few years.

One hundred and fifty new tech jobs announced for Galway

It is good news for STEM talent in Galway with the announcement of 150 tech jobs.

SAP , SAP SE which has an office in Galway, this week celebrated the 20th anniversary of its Ireland operation with a commitment to create an additional 150 local jobs over the next 18 months. Bill McDermott, CEO and Member of the Executive Board of SAP SE, formally announced the job roles at a celebration event at Dublin’s Aviva Stadium alongside Mary Mitchell O’Connor TD, Minister for Jobs, Enterprise and Innovation and Martin Shanahan, CEO, IDA Ireland. 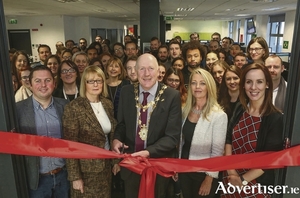 Less than four months since announcing its entry into Ireland, the global hotel industry’s leading cloud platform, SiteMinder, opened its sleek new office in Galway as it gets set to reach its target of creating 100 jobs. The company, considered one of the top 20 technology pioneers to come out of Australia, held a ribbon-cutting ceremony at its waterfront office space in Dockgate with the Mayor of Galway City, Councillor Noel Larkin.