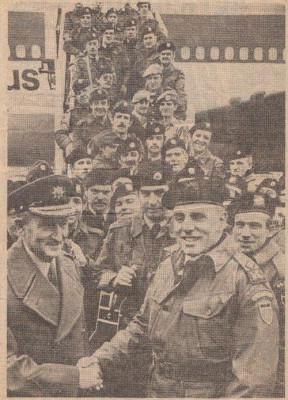 After 35 years in the army, 15 charities, six overseas tours in four countries, three promotions, two children, and one wonderful wife, local dynamo and social benefactor Noel O’Callaghan managed to find the time to shoot the breeze with the Advertiser this week about his colourful career and his involvement with so many great causes around the Midlands.

Betty Doran, the former Green and Labour Party councillor, has told the Mullingar Advertiser that her declaration of resignation from the Town Council may have been “in haste”.

Have you ever gone to an all-night vigil in Knock? It’s tiring, especially when you are only 10 years old and you haven’t a clue what’s going on only that you were allowed stay up half the night and are determined not to fall asleep.