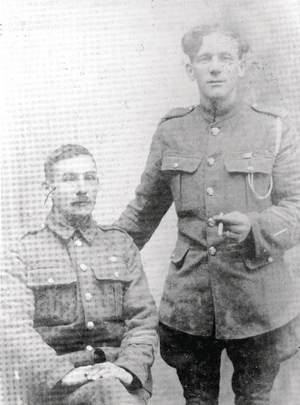 At the beginning of the last century, two boys grew up together in Loughrea. Socially they were far apart, but they were great friends. John Oliver was from a particularly poor background. His family lived in a tiny lean-to shack out on the Galway road on the edge of the town. His friend was Tom Wall, who lived in a comfortable house on Patrick Street. John enjoyed visiting their home.  His friend played with a band, The Saharas, and there was often music and fun in their house, shared by his brother Ray, and their attractive sister Cissie.