Search Results for 'one of the founders'

Why Michael D deserves another term as Uachtarán na hÉireann 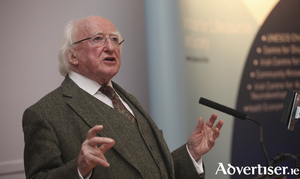 Francis Corbett in his studio 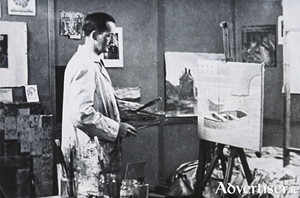 Francis Corbett was a member of the well known business family who owned Corbett and Sons in Williamsgate Street. He was one of five siblings, one of whom, Gerard, went into the business. Francis also worked there but only for a short time, as he died relatively young in 1946. He was a talented artist, as were his brother Redmond and his sisters Lucy and Agnes. Francis was one of the founders of the Galway Art Club, and became its first treasurer.

NIRVANA, SOUNDGARDEN, Pearl Jam, Alice In Chains - the Holy Quartet of Grunge and late 1980s/early 1990s sound of the Pacific Northwest, will be recreated in Monroe’s Live. 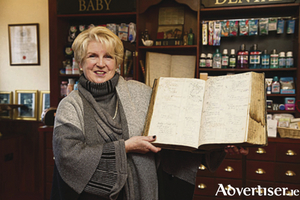 An interesting story has emerged linking a badly burnt survivor from the SS Athenia, a Galway pharmacy, and Glasgow’s Riverside Museum.

The woman who threw a hatchet at the prime minister 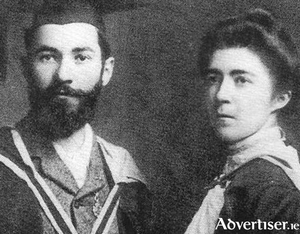 Poetry more than any other art form is intimately connected with the events of Easter 1916. Three of the executed signatories of the Proclamation, Padraic Pearse, Thomas MacDonagh (Tomás Mac Donnchadha) and Joseph Mary Plunkett were recognised poets of their day, who had used their poems to espouse the cause of revolutionary nationalism.

Next month the Clayton Hotel, Galway will be the venue for the first Horizon Summit a leadership conference aimed at helping businesses in Galway and across the country reach their full potential in 2016.

Next month the Clayton Hotel, Galway will be the venue for the first Horizon Summit a leadership conference aimed at helping businesses in Galway and across the country reach their full potential in 2016.