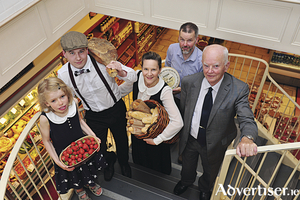 Over four generations and 90 years of high quality retail of artisan food and wine, the renowned Galway business family, Mc ambridge’s has grown from a 1925 high class grocery, provision, wine and spirit establishment to an awardwinning family owned deli, fine foods shop and restaurant in 2015.

There’ll be an R in the month until next April, which for aficionados of oysters can only mean one thing: these delicacies will be available for the next seven months. Jonathan Swift is often quoted as having said, “He was a bold man that first ate an oyster”, and many of us would rather chew the head off a dead rat than let these glutinous, muscly, sea water-scented little shellfish anywhere near our dinner plate, but some view them as a delicacy on a par with caviar and champagne. Slurped straight off the half shell, either just as they are or enlivened with a dash of Tabasco or lemon juice, or cooked in a fish stew or a steak and kidney pie, and washed down with a pint of creamy Guinness or a glass of white wine or champagne, the oyster occupies a unique place in European, American and Asian cuisine.

Chicken leg with pistachio and apricot 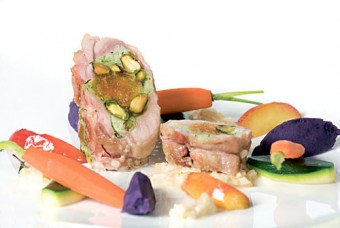 The chicken is probably the most intensively reared animal in modern agriculture. Chicken produces a highly versatile meat which up until the early 20th century was considered a luxury food.