Mitchels come through when it counts 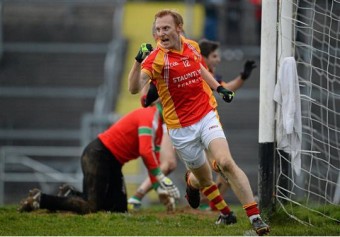 The time has arrived again, another trip to Croker, our third semi-final in a row under James Horan, and it is time for all the talking to stop. It is game five of six as Mayo take on Tyrone in Croke Park on Sunday for a place in the All- Ireland final on September 22. I have one small fear ahead of the game, I’m sure it is only among the supporters and not the players, but a lot of people are dismissing Tyrone’s chances and are already wondering who Mayo will play in the final, I have never seen as many Mayo flags bought and as many green and red flags on cars and houses for a semi-final, we normally wait for a final for this to happen and that is a very dangerous way to be thinking before taking on the Red Hand. Confidence is one thing but cockiness is another. Have people forgotten that Tyrone have won three All- Irelands in the last 10 years and they completely demoralised far more superior Kerry teams than themselves in the not too distant past in finals. In the 2008 final, Kerry’s Tommy Walsh and Kieran Donaghy, the twin towers, were considered un-markable but Mickey Harte and the McMahon brothers found a way to do the job. Tyrone have an unbelievable capacity to frustrate you and get in your face, so to speak. They will annoy you and remind you of their success and Mayo’s failures in All-Ireland finals.