A Mullingar man has been jailed for money laundering offences after he made payments via Western Union for drugs to be imported from the USA.

A Russian woman who believed she was working as a financial agent for a legitimate company has been given a suspended sentence for handling stolen cash for them.

A Claremorris man who was found in possession of more than 1,000 packs of cigarettes was convicted and fined €2,500 at Claremorris District Court this week. Vitalijs Solovejs, 42 Ashfield Court, Claremorris, pleaded guilty in court to the charges against him. Customs officer John Flynn stated that on June 22 2010 he obtained a search warrant to search the home of Solovejs and carried out a search. During it he found a box that contained 21,200 cigarettes which equated to 1,060 individual boxes of 20 cigarettes. The court was told the retail value of the items seized would have been just under €10,000 and that the total loss of revenue to the State would have been €5,780.21. 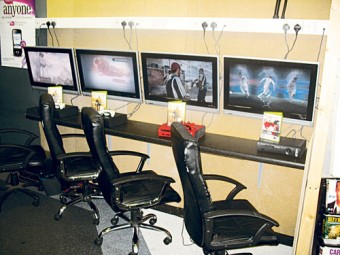 Slickflix in the Newpark shopping centre is not only a leading DVD rental shop but is also number one in gaming when it comes to Kilkenny.

A woman was fined €650 for possession of a forged passport despite insisting that she did not know her uncle had fooled her and that the passport office at home in Zimbabwe, which has a 300,000 backlog, had run out of the proper paper.