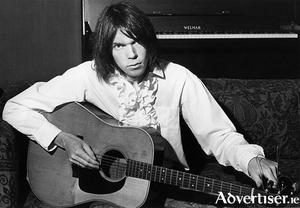 PSYCHEDELIC PILL, the acclaimed tribute band to Neil Young, are coming to Monroe’s Live this week, to perform a set by the great Canadian singer-songwriter that concentrates mostly on his classic period between 1968 and 1975. 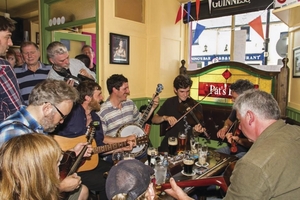 Westport Folk and Bluegrass Festival has been shortlisted in three categories in the Irish Festival Awards – Best Small Festival, Best Lineup and the Family Festival Award.

The weekend in Mayo

The Wild West, German novelists, an Electric Cave, and a country music extravaganza are just some of the entertainment offerings from around the county for this Bank Holiday weekend.

The Westport Folk and Bluegrass Festival was launched in McGing's Bar, Westport, on Friday night last, May 17. The festival, now in its seventh year, will run over three days on the weekend of June 14 to 16. This year it will feature some 15 local, national, and international acts, including local band The Rocky Top String Band; Cork-based folk singer John Spillane; The Bluegrass Boogiemen from Holland; and 'The Queen of Banjo', Roni Stoneman from Nashville, who will be supported by fellow US act, Tumbling Bones.

With over 10 free gigs, one headline event and a whole lot of foot stompin’, who needs a tent when you have Irish pubs? Top-class local, national and international folk and bluegrass acts will be playing a plethora of free gigs in venues throughout the beautiful town of Westport over the last weekend in June. Musicians and singers near and far are tuning up their instruments and soaking their vocal cords in honey (or whiskey) in anticipation of the annual Westport Folk and Bluegrass Festival.