Kiltane edge through in day of drama 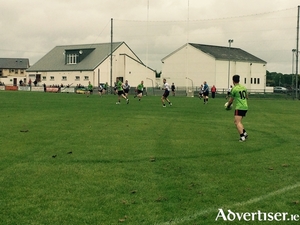 After this weekends final round of action in the group stages of the Mayo GAA Senior Football Championship we now know the eight sides who’ll be contesting the knock-out stages. Breaffy, Castlebar Mitchels, Ballintubber and Kiltane all won their groups and Knockmore, Ballina Stephenites, Aghamore and Garrymore joined them after finishing in second place in their respective groups. 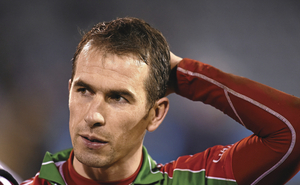 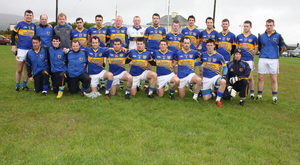 Kiltane GAA club are priming with confidence ahead of the National Comórtas Peile na Gaeltachta Finals in Moycullen over the June Bank Holiday weekend after the clubs double success at the Mayo Comórtas Finals held recently on Achill Island. The Bangor club strode to victory over Kilcommon in the Mayo Senior final on a score line of 4-12 to 1-08 with man of the match Ultan Corrigan, Barry Mc Andrew and Tommy Conroy all finding the net over the hour. 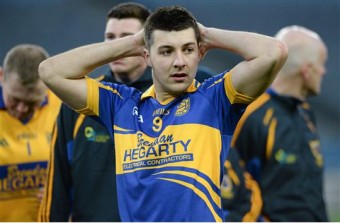 We’re back, but with black

If the enormous score line of 2-19 to 2-18 between Kildare and Mayo is a direct result of the new black card rule, then maybe it was not such a bad idea, particularly if you are a forward. However interpretation of the rules that merit a black card is likely to cause debate the length and breadth of the country. Rory Hickey issued two black cards in Newbridge last Sunday for fouls that would not have even warranted a yellow card in the old rule book. Paul Cribbin, the Kildare wing back, the first culprit. After making a brilliant block on Adam Gallagher and then trying to prevent Gallagher pick up the loose ball his outstretched arm tripped Gallagher, Hickey had no choice, it looked intentional and Cribbin walked. When Aidan O’Shea got into a rugby clutch with Gary White just before half time and allegedly threw him to the ground you knew there was only going to be one outcome. Hickey’s interpretation an intentional foul, so O’Shea walked. I am fully convinced if Kildare still had the full complement at the time of O’Shea’s incident, he would not have even received a yellow. Cathal Carolan got taken wildly around the neck late on while bearing down on the Kildare goal, Mr Hickey obviously thought it was an accident and not intentional, I thought differently.

Croke Park beware, Kiltane are on the way!

All roads lead to Ballinasloe for Kiltane

If there is a man, woman, or child to be found the villages and towns that send their sons out to do battle in the blue and yellow of Kiltane on Sunday, it would be a safe assumption that they are tourists, trying to figure out why exactly there is no-one to be found in this secnic part of the country. They take a lot of things seriously in that enclave of the county, but not many things more seriously than the game of Gaelic football and on Sunday afternoon with a chance of an appearance in an All Ireland final in Croke Park, it’s the only thing that matters to the men who have been training all guns blazing since the end of 2012 to get to where they are on Sunday.

Minors make it a year to remember 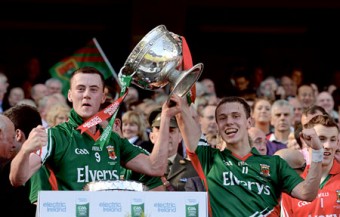 The senior season may have ended up in disappointment against Dublin, however, our minors had a truly remarkable year but it could have been so different. Back on June 22 we first set eyes on Stephen Coen, Tommy “Goals” Conroy, and co. They had an easy victory over Leitrim winning by 1-15 to 1-05 in McHale Park. The old saying that “no one game will make a season”, could not be further from the truth after Mayo’s clash with Galway on June 30 (the same day London shocked Leitrim). This was a remarkable game, Mayo were within inches of going out, (and remember there is no back door safety net for minors at semi-final stage) sheer persistence got them over the line in extra time on a final score 5-08 to 2-11. The Connacht final against Roscommon was a great spectacle. Brilliant goals, superb defending, and skill levels to match. Mayo sauntered into a big lead but Roscommon clawed their way back and came agonisingly close to snatching a draw in the dying seconds, it would have been robbery had Mayo not won it. A Connacht minor final is not to be sniffed at. Mayo then gave Westmeath a right tanking in the quarter final in Tullamore winning by 2-13 to 0-8 points, the rest of the country were beginning to take note. A real test awaited in the semi final against Monaghan, many bookmakers’ favourites for the title. This was no question the performance of the year from the minors. They blitzed their northern opponents, scoring a whopping three goals and 19 points in the process. Talking to Barney Rock during and after this game, he was very impressed. The only negative from this game was the unfortunate injury to Cian Hanley who would agonisingly miss the final. The final pitted Mayo against more Ulster opponents in Tyrone, who were very lucky to beat Roscommon in their semi-final. Mayo played some brilliant football, urged on by the huge Mayo support. The full forward line of Darragh Doherty, Liam Irwin, and Tommy Conroy scored 2-09 of the 2-13 total. We were given the scare of our lives when Tyrone pulled a goal back in the dying moments but the Tommy Markham Cup was won for the first time since 1985. The celebrations in Croke Park after the final whistle will be something I will never forget.

The Kiltane victory was based on a solid backline

Kiltane are the 2013 Connacht Intermediate football champions after a very professional performance against Boyle of Roscommon last Sunday in Elvery's McHale Park. They were never really in danger in this game, albeit for a sloppy patch midway through the first half in which they conceded a goal and a point on the spin but that was as good as it got for Boyle. Kiltane are keeping the tradition going by being the third Mayo team in a row to win the Gene Byrne Cup. Little did they know the favours Davitt's and Charlestown did for them the two years previous by playing almost all of their games away from home resulting in the Mayo champs having three home games in this years provincial series. You cannot beat home advantage when you are entering the unknown. It is hard to believe this team could have been out of the championship if Drumcliff/ Rosses Point substitute Colin Ginty kept his head instead of fluffing his lines in the dying moments of the semi final when it looked easier to score. Upon such outcomes All-Irelands are won, most All-Ireland champions have a little bit of luck along the way and that most certainly was Kiltane’s. Their ambition now certainly has to be to claim more silverware in early 2014, a feat which Davitt’s and Charlestown failed to achieve. 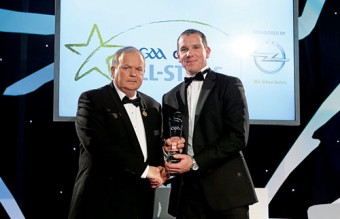 A couple of minutes into the second half of their Connacht semi-final against Rosses Point/Drumcliffee it looked as if Kiltane had their place in this year’s provincial final wrapped up and tucked in the luggage compartment of the team bus and on the road home to Erris. But Martin Barrett’s men were made to sweat right until the final whistle in MacHale Park a few weeks ago, as a combination of taking their eye off the game and the Sligo champions refusing to go away saw Kiltane just hang on by the skin of their teeth to set up this Sunday’s meeting with the Roscommon champions Boyle in the county grounds in Castlebar.