CONNEMARA SINGER-songwriter Eileen Keane has just released her debut EP Spaces and the life experiences that went into its six exquisite songs are quite something.

The Skin I Live In next up for Linenhall Film Club 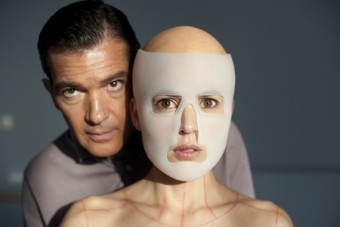 The next screening at Linenhall Film Club is Pedro Almodóvar’s The Skin I Live In. The acclaimed director of Volver, Talk to Her, and many more, Almodóvar's latest film is a macabre suspense thriller is about obsession, drawing the work of David Lynch and Cronenberg as well as Hitchcock into his directorial palette in a melodramatic offering more redolent of his earlier films. Also harking back, the film sees the return of Antonio Banderas to Almodóvar's repertory company, as a plastic surgeon seeking to develop an artificial skin after his wife has died as a result of horrific burns caused by a tragic car crash. Offbeat, perhaps, compelling and dazzling film-making, certainly. Linenhall Film Club shows every second Tuesday. Full details about the Linenhall Film Club and its forthcoming programme from the Linenhall Arts Centre, Castlebar. Tel: 094 9023733 www.thelinenhall.com.