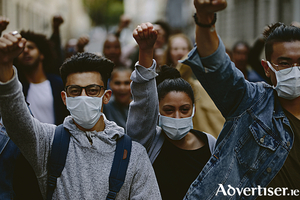 One recent evening Insider watched the 1967 Jean-Luc Godard film La Chinoise in which a small group of French students sit around their apartment, located in what is described as a “workers’ district”, and engage in theatrical discussions about how they must overthrow the bourgeoise and, in particular, the hierarchal French university system which saw students as passive receivers of knowledge handed down by their god-like professors, rather than participants in a dialectical exchange in which both students and teachers learn from each other and grow as a result. No one, with the exception of chairman Mao, is radical enough for most of these students. The French Communist Party which, to draw an Irish parallel, would have been more or less the political equivalent of present day Sinn Féin, is condemned as hopelessly “revisionist”. The Soviet Union, in particular its then president, the now largely forgotten Mr Kosygin, is convicted by the students at their kitchen table discussions of failing to do enough to support the Vietnamese in their war against Lyndon Johnson. And the French working class, with whom said kitchen table debaters absolutely sympathise, are seen as hopelessly passive. In a mix of desperation, madness, and idealism, the students decide to mount a campaign of terrorism, which will involve them doing something they have singularly failed to do for most of the film; getting up from that kitchen table and going outside. They plan to kill the visiting Soviet minister for culture who has been invited by President de Gaulle’s own culture minister, the novelist and decayed Stalinist intellectual Andre Malraux, to open a new wing of the university. After that, they hope to bomb the Sorbonne in the belief that this will spark a revolution. Insider is against blowing up universities. Partly because he knows such actions more often provoke backlash than revolution. But also because Insider happens to teach at a university and coming out in favour of blowing up universities might lead to an awkward email from one’s department head.

How to keep the arts alive in post-Covid Galway 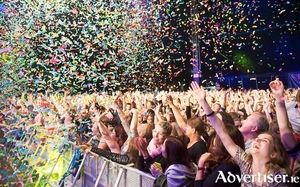 Right now, we should all be getting ready to enjoy the final weekend of the 2020 Galway International Arts Festival. The arts festival has grown from tiny beginnings in 1977, when a few students at UCG - as NUI Galway was then known - who had no money, still had big ideas, energy, and enthusiasm. 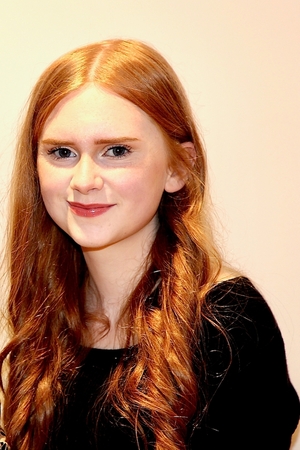 Following a nationwide search to uncover Ireland’s most inspirational people, Sophia Shally, aged 15, from Westport, is celebrating after being named as a finalist in the inaugural Gala Retail and Sunday Independent Inspiration Awards.

The Bridge That Gap and Oranmore-Clarinbridge Tourism Network is inviting tourism providers throughout Galway city and county and further afield along the Wild Atlantic Way to attend the ‘Rising Tide Tourism and Hospitality Event’ on Thursday next April 19 at Galway Bay Golf Resort in Oranmore, Co. Galway.

To Hell in a Handbag 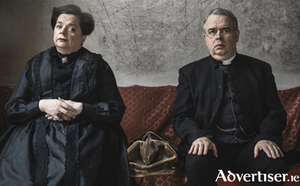 Coming to the Town Hall next Wednesday, September 6, is wickedly funny comedy To Hell in a Handbag, written, and performed by Helen Norton and Jonathan White and exploring two minor characters from The Importance of Being Earnest – Miss Prism and Canon Chasuble. A governess and a country rector; models of Victorian propriety in public, but in private? This is the play behind the play: a tale of blackmail, false identity, and money that offers a subversively funny new take on a theatrical classic.

Political wobbles at home and abroad

The season of think-ins has begun, as I wrote a couple of weeks ago. It has started with Fine Gael in Newbridge in County Kildare. Enda was great to state quite definitely that he was staying the pace no matter what the papers said or whatever the plots his bold back-benchers were hatching.

Comedy theatre at the Linenhall