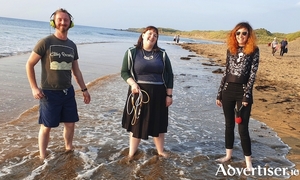 On Monday September 28, at 12 noon, it will be exactly 25 years since Flirt FM, the award winning campus, community and alternative radio station, located at NUI Galway, went live on air. 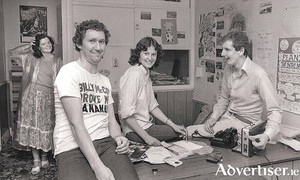 In 1978, RTE was on strike for some time which meant the repair shop in O’Connor TV had nothing to do, so John O’Sullivan and friends built a 30-watt transmitter and this prompted Tom O’Connor, John O’Sullivan, and Eamonn Geary to get together and set up a pirate radio station called Independent Radio Galway. Their studio was in an attic in the courtyard behind Cahill’s shop in William Street, and when this space became too small, they moved to a larger room over Garavans, where Johnny Waldron’s Joke Shop is today. The 199 metre aerial ran from the top of Glynns to the top of Gleesons. Their furniture consisted of two tables, a few chairs, the home-made transmitter, two turntables, and a few minor pieces of equipment. 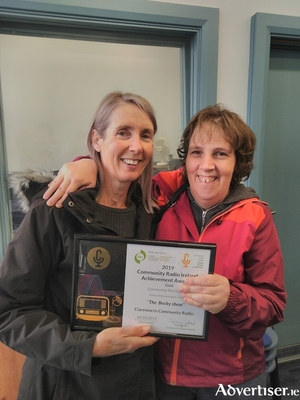 Two popular Claremorris radio programmes have been recognised with Achievement Awards at the Community Radio Ireland Féile, which was held in Leixlip last month.

Stetson and stillettos to the dancefloor fore at the Radisson Blu 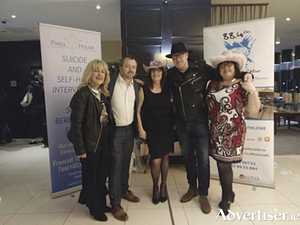 The combined fundraising efforts of Pieta House and Athlone Community Radio came to the dancefloor fore on Monday night, as the Radisson Blu Hotel Athlone hosted a night of live country music entertainment. 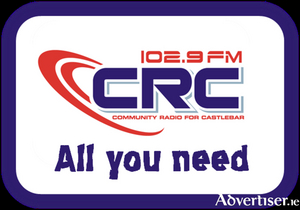 Community Radio in Castlebar will continue to broadcast for the next decade at least after CRC FM signed a new licence with the Broadcasting Authority of Ireland recently.