Gardai are continuing to investigate an incident during which a female in her 20s was left “shaken” after a man grabbed her on the shoulder while she was enjoying a leisurely run on the greenway in Athlone.

From TUS with love - husband and wife graduate from university together 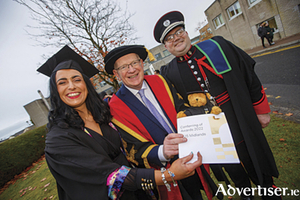 A married couple has graduated from two different campuses of the Technological University of the Shannon (TUS), making them the first cross-campus couple to be conferred by the one-year-old university.

Reports of crime during the Halloween period were minimal, a local Garda Sergeant has confirmed to the Athlone Advertiser.

This week marked the relaunch of Athlone’s community policing unit, a development which will ensure more visibility of local gardai on the town’s thoroughfares and allow for continuous integration with numerous representative organisations within the district. 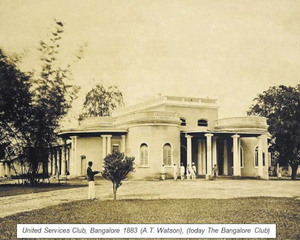 Earlier this year, The Hindustan Times published an article about Tesla Motor's decision to select the upmarket Lavelle Road in Bengaluru (formerly Bangalore), India, as the location for their new office.

The decline of the flying column 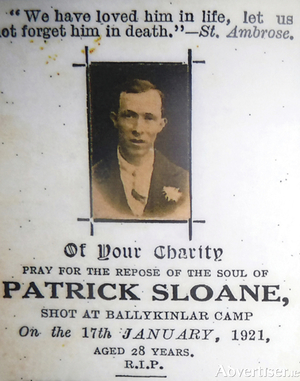 In the latest of our articles focusing on the War of Independence and Civil War in and around Athlone, we follow the declining fortunes of the Athlone Brigade’s flying column between October 1920 and February 1921. 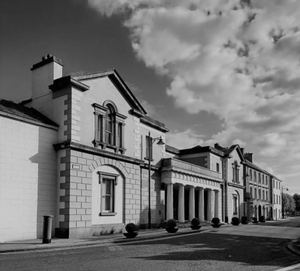 Sarah Shaughnessy was ten years old when she gave evidence and allowed herself to be subjected to cross-examination in the trial of William and Margaret Roche at Castlebar Petty Sessions on 14 June 1916. The case is remarkable for Sarah's courage and the insights it gives us into the system of boarding out workhouse children. 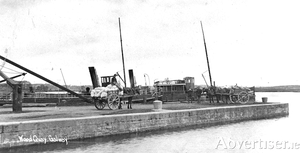 Alexander Nimmo made a survey of Lough Corrib almost 200 years ago in which he wrote the following: “The lake has 50 miles of shore, occupies 30,000 Irish acres and contains 1,000 acres of arable land in its isles, and contracts into a very spacious river about two and a half miles above Galway, which, flowing by the town, communicates with the Atlantic. The fall from the summit of the lake to the sea is considerable, but to the Wood Quay, above the town, it is trifling, and the river is in parts very shallow, running over a bed of rocks and hard gravel. It is not navigable from the sea to the Wood Quay owing to its shallowness and the rapidity of the water, and none but small boats can come down; but unless in very dry seasons, it is thence navigable by boats drawing four feet of water and carrying from ten to twenty tons, with one square sail and four men, to Cong. They seldom sail, unless before the wind, and though the lake has many islets and sunken rocks, the only serious difficulty in navigation is at Buachally Shoal about four miles up the lake, and at Newcastle. These shoals could be deepened for a small sum and the whole made to admit vessels of much greater magnitude. The fine navigation which extends about 30 miles, and into a seaport town, seems to deserve more attention than it has yet received. A good chart with soundings and sailing instructions should be published, the shoals or rocks cleared or beaconed, and a communication opened with the sea.”