Eilís Dillon, the Galway born novelist, and one of Ireland's most versatile writers, will be honoured with a new piece of music, and a new artwork, both commissioned by Galway Public Libraries. Erc Dunne has been elected president of Galwegians RFC for the 2020/21 season.

During the afternoon and evening of Sunday July 12 1691 the people of Galway could hear the distant thud of cannons as two armies in the Cogadh na Dá Rí (war of the two kings) was nearing its climax. The Irish army, led by the inept French general, Charles Chalmont, Marquis de Saint-Ruhe, known as Saint Ruth, and the heroic Earl of Lucan, Patrick Sarsfield, had taken a stand on Kilcommodon Hill, below which lay the village of Aughrim, some 5km from Ballinasloe, Co Galway. 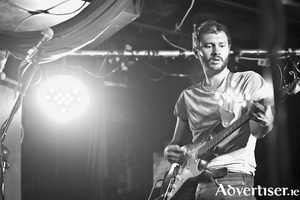 BADHANDS, THE musical project of Dublin songwriter Dan Fitzpatrick, has released his debut album Predictable Boy, and is coming to Galway tonight to play the Róisín Dubh. Members of Galway Fire Service, An Garda Síochana, the RNLI and Connacht Rugby Academy came together last weekend for a special ‘Super Hero Day’ to meet the children who have been attending the Niall Tomkins Memorial Kids Club, organised by the children’s charity Hand in Hand http://www.handinhand.ie/. Hand in Hand provide much needed services to families in Galway and around the country who have a child going through the trauma of childhood cancer.

Poetry of hammocks, wine, and gynaecologists A STRIKING feature of Marie Cadden’s debut poetry collection - Gynaecologist in the Jacuzzi – is that the voice speaking to us in the more than 50 poems included is, for a first collection, a peculiarly unified one. NOËL COWARD'S comic play Blithe Spirit will be performed by the Knocknacarra Amateur Theatre Society in An Taibhdhearc from Wednesday May 25 to Saturday 28 at 8pm.