South Mayo battle for half a dozen seats 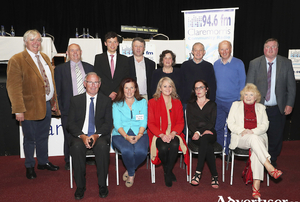 Claremorris has seen a boundary change like the rest of the local areas for today's election with the north eastern part of of the constituency moving into the Swinford area, and long with it, Sinn Fein councillor Gerry Murray, who took 1,971 first preferences and was elected on the first count five years ago, as were Cllr Patsy O'Brien and Cllr Richard Finn.