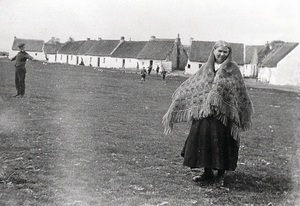 This area of the Claddagh was known as ‘the Big Grass’ or ‘the Green Grass’. It was the one open space of ground in the village and faced what is known as the Swamp today. It was very marshy, though some of it was used as a playground by local children, and it was also where the Claddagh Races took place.

The Corrib Club, one hundred and fifty years 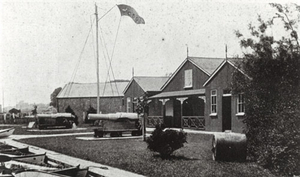 The Corrib Club was founded in July 1864, 150 years ago this month. Unfortunately the minutes of the club for that year and 1865 are nowhere to be found, but the late Maurice Semple, having access to minutes for most other years, produced a book entitled A Century of Minutes, the Story of the Corrib Club 1864-1966, from which we publish extracts today. 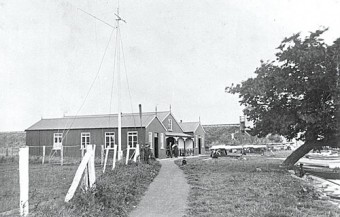 “The Galway Corrib Club held their annual regatta on the splendid river of the Corrib at Menlo. The day was as fine as ‘sunshine and pageantry’ could make it, and the ivy-mantled Castle of Menlo, the residence of Sir Thomas Blake, Bart, was decorated with flags of all nations, and waved gracefully in the breeze. There was not a ripple on the bosom of the lake unless what was created by the oars of the several beautiful little crafts which were constantly scudding up and down the river, freighted with some of Nature’s fairest daughters. There was a band in attendance and during the day discoursed some beautiful music. Great credit is due to the commodore, PT Grealy, Esq, and the members of the club for the satisfactory manner in which the whole arrangements were carried out. After five races between four oared gigs, outriggers and punts, the sports of the day terminated with a duck race, which was most amusing. At seven o’clock, the amusements terminated and the delighted spectators returned home, highly pleased with the day’s sport. Although there were places of refreshment, there was not a man to be seen the worse for liquor, so that the whole affair was a complete success.”