‘Chernobyl children’s trip gives them hope, that is the way I see it.’ 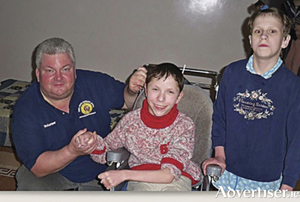 The Chernobyl disaster was a catastrophic nuclear accident that occurred in 1986 at the Chernobyl Nuclear Power Plant in Ukraine. An explosion and fire released large quantities of radioactive particles into the atmosphere, which spread over much of the western USSR and Europe. 31 people died directly as a result of the accident. 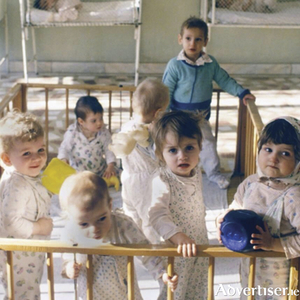 Ileana Cunniffe, from Attymon in Athenry, is one of more than 1,000 Romanian children adopted by Irish families in the aftermath of the Romanian revolution of 1989. The event spelt the end of the harsh regime of dictator Nicolae Ceausescu, and appeared to promise a brighter future for the people of the country.

Galway Brasov Group set up to fundraise for Romanian orphans

A group of mature students from NUI Galway have set up the Galway Brasov Group with the aim to fundraise and make a positive impact on and improve the lives of children they met in a Romanian orphanage.

Volunteers from the Sunflowers Chernobyl Appeal children’s charity have returned from Belarus, where they were involved in rebuilding and renovating a derelict house belonging to the Bogushevsk orphanage.

BRAZILIAN BAND Kalanguetal will take to the stage of De Burgo’s, Saint Augustine Street, tomorrow at 8.30pm, for a charity concert in aid of a children’s charity in Peru.

Thirteen-years-old Alex McLoughlin is launching a children’s cookbook to raise money for The Children of Russia Fund.

There will be a night of traditional music and entertainment in the Western Hotel this Saturday at 9.30pm, to raise much funds for Talamarang Orphanage in Nepal. 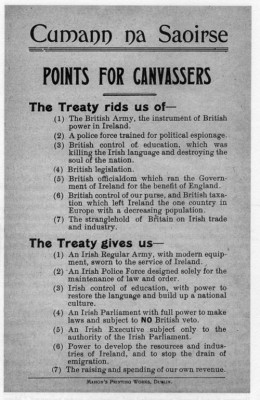 June 22 1922 Galwegians looked on with alarm as anti-Treaty forces, who had taken up positions in a number of buildings in the city, including the former RIC station at Eglinton Street, were preparing for a fight. That morning Michael Brennan, IRA commander of the only major pro-Treaty unit in the west, under orders from Richard Mulcahy Free State Army commander, entered the city with a large well armed force. They immediately secured the county-jail, the courthouse, and the railway hotel. Having seen the end of the War of Independence, and having voted by a substantial majority just weeks before for parties supporting the Treaty with Britain, this was a tragic state of affairs. Galwegians feared an all out pitched battle, followed by the horrors of the previous years of struggle. This time, however, the enemy was not Britain, but former friends and comrades.

Hospital consultants get on their bikes for charity 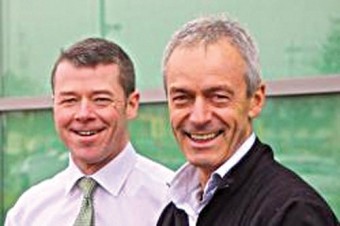 Two Galway hospital consultants will embark on a novel fundraising drive next week when they begin a 1,000 mile cycle to Russia.