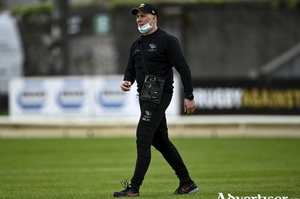 As a new-look Connacht takes shape for the coming season, head coach And Friend has had plenty of time to think about how to achieve on-field success. Day 11 of a 14 day quarantine in a hotel in Australia, Connacht Rugby coach Andy Friend is counting down the hours before being released. It is the first time he has been 'home' in three years - Covid having stymied any plans to visit family and friends. So when he signed a new contract to stay on at the Galway Sportsground for another two seasons, it was a stipulation that he be able to head home this summer.

'The Pools' in Salthill 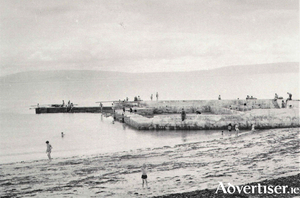 The ladies and children’s bathing pools in Salthill were blessed by Canon Davis in 1930. These were two linked tidal pools which filled up when the tide came in and emptied when the tide went out. The floors were of sand so they were a perfect playground for children even when they had dried out. Thousands of children and adults learned how to swim there with Jimmy Cranny of Galway Swimming Club and Christy Dooley of Blackrock Swimming Club teaching organised groups on alternate evenings throughout the summer.

The handing over of Galway Gaol 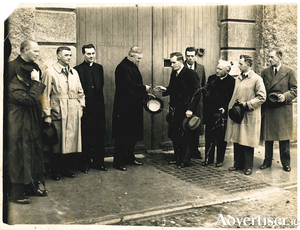 Galway City and County gaols were built at the beginning of the 19th century on a large site which took up most of Nuns Island. Construction was conditional on a right of way, the road all around the walls, also being built. James Hardiman, the historian, described it as follows: “The Prison …. Is built in the form of a crescent …. The interior of which is divided into eight wards ….. separated by walls which form so many radii of a circle, and, terminating in the rear of the governor’s house, bringing the whole range within many of his windows, by which means he can, at a single glance, survey the entire.”