Caitlin and Dylan : At War and Peace 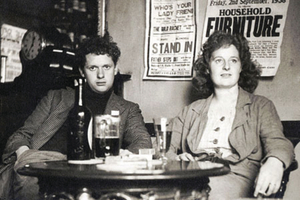 In the closing two years of the war most Londoners thought that the worst of the bombing raids were over. Instead, for a brief and intense period, a more sinister chapter of death from the skies opened. Flying bombs, launched from occupied Europe, flew into London. They were pilotless and practically without sound, except for a wail as they descended. They terrorised a war-weary people.* Many, who had braved the previous raids, felt that this was a horror too far. They sought refuge in quieter rural areas.

Caitlin and life with the Johns 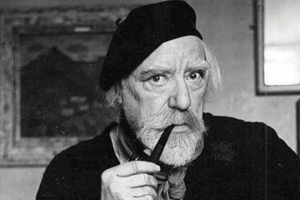 The four Macnamara children, John, Nicolette, Brigit and Caitlin, when abandoned by their father, must have sought some stability from their mother Yvonne. But she was distracted by her passion for Nora Summers, and was just not available. Instead they were scooped up by the artist Augustus John, and his mistress Dorelia McNeil, and, saying good-bye to Doolin, were brought to live in his rambling red-brick home in Dorset. At the end of a sweep of gravel, lost in rhododendrons and trees, Alderney Manor was surrounded by miles of moorland. It was an ideal and happy playground for young children.

The Tulip of Tuam and other flowers 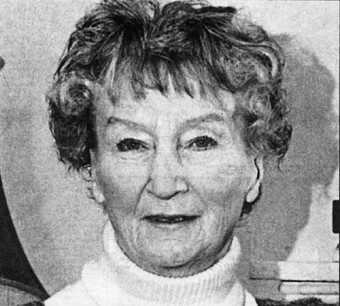 Many years ago I found the courage to ask the late Lady Molly Cusack -Smith whether she had posed nude for the famous artist Augustus John during his many sorties into Galway and the west. She looked at me very hard for some time. Then said in a very cross voice: “How dare you, HOW DARE YOU ask such a impertinent question!”