A new year and a new stylish you

Rita Mylett, a personal styling and image consultant and Network Mayo’s Business Woman of the Year, offers Mayo Advertiser readers some tips about making a statement this new year.

World cinema treat for film fans at the Linenhall

The next film in the Linenhall Film Club’s Spring season is the visually stunning The Good, The Bad, The Weird, South Korean director Kim Ji-woon’s homage to Sergio Leone’s seminal The Good, The Bad and the Ugly, set in the lawless badlands of Japanese-occupied 1930s Manchuria. A psychotic dandy gangster, a bounty hunter and an opportunistic small-time thief find themselves in a race to secure a stolen map, pursued by an international syndicate of bandits, some double-dealing drug dealers, and the amassed forces of the Japanese imperialist army. A film filled with train robberies, gun battles, knife fights, opium dens, horse chases and tense Mexican stand-offs, constant tonal surprise, occasional violence, offbeat comedic moments and grand action set-pieces. Energetic, stylish, outrageous - yes, it’s as amazing as it sounds.

A 32-year-old man, who when intoxicated lay on the railway tracks at the train station in Castlebar, was before Castlebar District Court this week for a section two assault on a garda and for a public order charge. 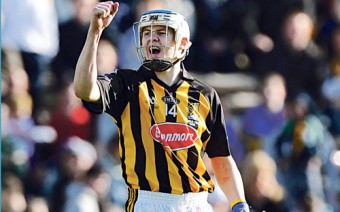 Ballyhale Shamrocks star player TJ Reid has capped a great year by being named captain of the Kilkenny Senior Hurling team for 2010.

Looking on the bright side

Well the snow is gone, there’s a small stretch in the evenings and the first strike of the year isn’t due for a few weeks yet, so enjoy it while you can.

Has Westmeath got talent?

The Vintners’ Federation of Ireland (VFI), in conjunction with Smithwick’s, is giving the Westmeath public the chance to showcase their talent in the ‘Stars of our Bars’ pub talent competition, kicking off this month at a pub near you. 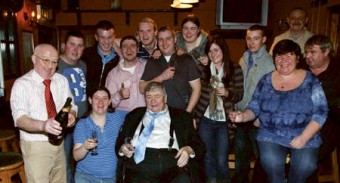 The country’s newest multi-millionaire was celebrating in Athlone this week after scooping the first Lotto jackpot of the year. 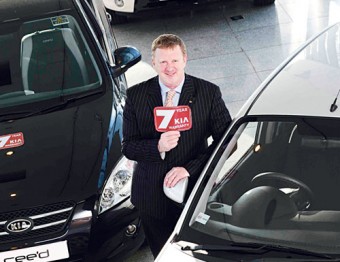 Kia Motors Europe is celebrating a remarkable 2009 sales performance and the start of the New Year, by offering an industry-leading 7-year warranty on every new Kia vehicle sold in Europe. The Korean carmaker says that once again demonstrating that the brand has ‘The Power to Surprise’.