A protest rally at Shannon Airport, against the US military presence and in solidarity with imprisoned peace activist Margaretta D’Arcy, takes place this Sunday from 2pm to 3pm.

Public lecture on Ireland and Spain in WWII

Almost 80 years after the end of WWII, Ireland still attracts condemnation for being neutrality during the conflict, despite its actual practice of covert Allied support.

Galway was ready to serve...

On the evening that France and Britain declared war on Germany, September 3 1939, the 13,500-ton liner SS Athenia, chartered by the Cunard Line, and bound for Montreal with 1,418 passengers and crew was torpedoed, without warning, 250 miles northwest of Malin Head in the North Atlantic*. The following day the Norwegian vessel, Knute Nelson, was steaming towards Galway with 367 shocked and injured survivors, and asked that the city be prepared to receive them. Other survivors were picked up by British naval vessels and brought elsewhere for treatment, but in total 112 passengers and crew were killed in the attack, 28 of them Americans sailing for home as war was declared in Europe.

Liam Aylward, Fianna Fáil MEP for the East constituency, has said that the legal guarantees agreed by EU leaders for Ireland attached to the Lisbon Treaty do protect key policy issues for Ireland.

Russia had its eye on Galway

If anyone thought that all a country need do to preserve its freedom when its neighbours are at war is to proclaim its neutrality, then they have only to look hard at what happened to several European countries at the beginning of World War II. Ladies and gentleman of the whinge brigade, neutrality isn’t worth the paper it’s written on. 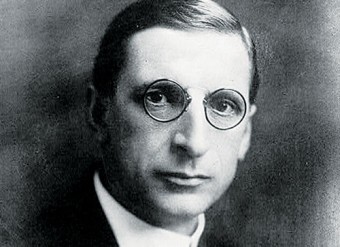 DURING REFERENDA on European treaties - such as during the recet Lisbon Treaty campaign - you will meet the odd excitable type who’ll tell you that he’s voting No because some closet member of Youth Defence or the Communist Party of Ireland told him the treaty would end Irish neutrality.