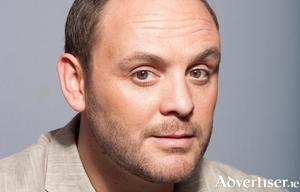 PATSER MURRAY has appeared in Love/Hate, Primeval, Can't Cope Won't Cope, and movies such as Intermission, and he was nearly in Game of Thrones. He is also a first rate stand-up. 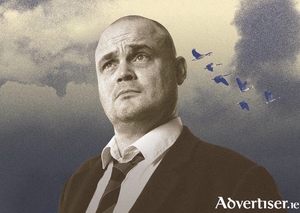 IN MAY 1940, three days after the Fall of France, with Nazi Germany looking unstoppable, Winston Churchill made a rousing speech to the House of Commons, concluding: "Come then, let us go forward together with our united strength." 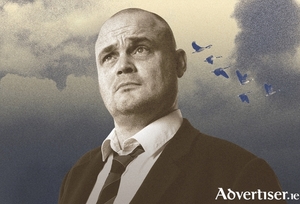 IN MAY 1940, three days after the Fall of France, with Nazi Germany looking unstoppable, Winston Churchill made a rousing speech to the House of Commons, concluding: "Come then, let us go forward together with our united strength."

The brother of a man who defrauded the State of almost a €250,000 has admitted claiming Jobseeker’s Allowance while working.

The outpouring of raw emotion and sheer joy by the St Thomas players, the management team, and loyal supporters had to be seen to be believed after the final whistle in the Salthill Hotel Galway Senior Hurling Championshipfinal on Sunday at Pearse Stadium.

STEPHEN MURRAY, one of the most exciting new voices in Irish poetry will be among the performers at Testify! in the Róisín Dubh this Monday at 8pm.

Jail for thief who stole from dance school

A Kilkenny man who stole a €27,000 competition fund for young Dublin inner city dance students has received a three year sentence with the final 12 months suspended.

Singing sensation Olywn Murray will join the rising stars of theatre, song and dance in a variety show style performance in the TF Royal, Castlebar April 30. Murray has joined forces with five nationally and internationally acclaimed local performing arts companies to stage the concert to help raise funds for Ballina’s new Art Centre and Theatre to showcase the amazing young talent emerging from the west. The evening will include Irish dance, hip hop, traditional music, songs from the musicals, and swing performed by members of the Sylvan Kelly School of Dance, Áine Egan’s Danceworld, and The All Star Academy under the direction of Lavinia Gilmartin, Michael Slater and Patrick Lacken, The Bofield Céilí Band, and Cheryl Nolan and the Lambe Academy.