‘Laughter and fun never deserted them’.

Early on Easter Monday morning, April 24 1916, the Galway Volunteers sprang into action. It was a chaotic beginning to the rebellion which hoped to see a nation-wide rising of fully armed and committed men and women seizing control of the country. We know, however, the capture of the ship Aud, with its weapons, explosives and ammunition, off the Kerry coast on Good Friday, prompted the Dublin leadership to cancel the Rising. The order was ignored by Padraic Pearse and others, who had the benefit of arms imported into Howth two years previously. They took over key positions throughout Dublin city, which they held for six days.

‘Laughter and fun never deserted them’.

Liam Mellows - ‘I have failed lamentably’ 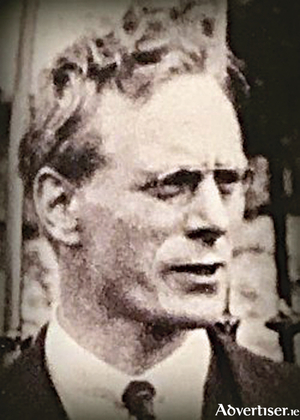 Unlike the men executed after the 1916 Rising, there was little of the same idealisation given to the hundreds of men and women who died in the War of Independence, or, more emphatically, those executed during the regretable Civil War.