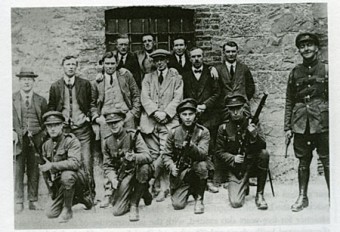 The Civil War in Galway came to an end because there was little appetite for further bloodshed in the face of ruthless determination by the Free State, or the pro-treatyites, to stamp out the anti-treaty forces. The Free State government warned that anyone carrying weapons other than the National Army, would be shot. Eleven Galway anti-treatyites were shot by firing squad. On January 20 1923 Martin Bourke, Stephen Joyce, Herbert Collins, Michael Walsh, and Thomas Hughes, all attached to the North Galway IRA Brigade, were arrested and executed in Athlone. On February 19 eighteen volunteers were arrested in Annaghdown, and brought to Galway gaol. It was given out that all were ‘well armed’. Even though it was expected that all, or a number of them, would be shot, nothing happened.

Maamtrasna - beginning the search for truth