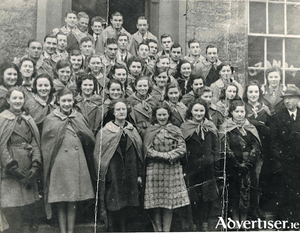 The Galway Carol Singers were formed in the late 1930s by members of the Junior Conference of the St Vincent de Paul Society. Benny Brennan from West House got the idea originally, and then a committee was formed from various conferences in town. It included Robert Pierce, Joe Lardner, Paddy Donoghue, Mattie Fahy, John Fahy, Pádraic Spelman, and Peter Griffin. The idea was for the singers to raise much needed funds for the society. 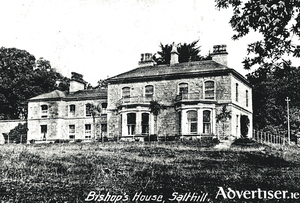 In the late 12th century, the Diocese of Annaghdown came into existence in the area surrounding the city of Galway. In 1324 it was united with Tuam, but the Anglo-Norman families refused to accept direction from Tuam. In 1484 Pope Innocent VIII made St Nicholas’ Church a Collegiate Church governed by a warden (not a bishop) and eight vicars. Edmund ffrench, the last warden, was made Bishop of Kilmacduagh in 1824. On April 27, 1831, the Bull ‘Sedium Episcopalaism’ was issued by Pope Gregory XVI erecting the Diocese of Galway. On October 23, 1831, the first Bishop of the Diocese, George Joseph Plunkett Browne, was consecrated, and in 1844 he was succeeded by Laurence O’Donnell. John McEvilly became Bishop in 1857.