String of Mayo players bow out of inter-county game

This week has seen an outpouring of gratitude for a number of Mayo players who have announced their retirement from the inter-county game.

When Aidan Dunleavy calmly clipped the ball over the head of the advancing Jack Jenson to put Manulla 3-0 up after 29 minutes - it looked like his side could win this game by five or six or even more. 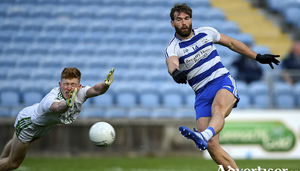 Where do you start with this one - at the end there was a huge gulf on the scoreboard, but there were many twists and tales that led to that conclusion. 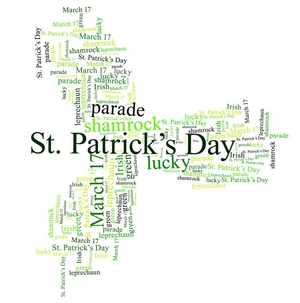 Though a feast day on the Catholic calendar since the 1600s, St. Patrick's Day only became a public holiday in Ireland in 1903. Prior to the early 20th century and a structured national approach to honouring the saint, the Briton was resurrected from time to time and pushed to the front of many campaigns. The feast day's events, which drew large crowds, were always managed either directly, or were heavily influenced, by the local Catholic church. That is not surprising, Patrick was a Christian after all. Many pre-Famine St Patrick's Day events were organised by the temperance movement, headed by Fr Theobald Mathew. The movement encouraged the Irish nation to pledge to abstain from alcohol for corporal and spiritual betterment, but sometimes with mixed results. The St Patrick's Day teetotallers procession through Castlebar in 1841 was not one of that organisation's high points. The march was to be a show of strength, an opportunity for the Rev Gibbons to display his and his members' accomplishments. Frustratingly for Gibbons, a large number of the group arrived to take up their places in the parade’s ranks while under the influence, having soundly violated their pledges. The non-teetotaller band abandoned the depleted parade midway through to join the town’s festivities, causing the temperance leaders to consider organising a teetotal band of their own that they could depend on.

May meeting at Ballinrobe ready to go to post

Preparations are well under way ahead of Ballinrobe’s two day race meeting next week which takes place on Monday May 30 and Tuesday May 31 at the south Mayo venue. Monday’s meeting will be sponsored by Breaffy House Resort and the feature race is the Breaffy House Resort Mares Handicap with a prize fund of €30,000.