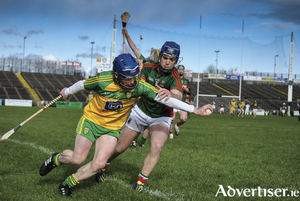 Just as were finishing up chatting with Mayo's free-taker Kenny Feeney about the Nicky Rackard Cup final, we ask him one last question. With time almost up tomorrow and Mayo a point down, and they get a penalty, would he go for a goal to win it or tap it over to get the draw? Feeney responds "I'll have to ask 'Deno' [Brian Hunt, the Mayo captain]. The Tooreen man then roars the question across the roam at his captain, to be told he will be putting it over the bar. "That's the answer so, but I might go for goal still, ah I'm joking," he tells us. 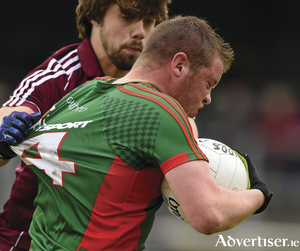