Mayo’s handballers make a good start in the championship

Mayo handballers fared very well in their opening Connacht 40 x 20 semi-final ties with Sligo opposition over the weekend. George Miller defeated Sligo's Martin Cooney in a thrilling three-game encounter at Castleconnor on a 12-21, 21-7, 21-16 scoreline in the silver masters B singles, while Paschal Tuohy of Mayo had a 21-13, 21-13 win over Michael Browne in the junior C singles at the same venue. Killala's Martin Cronin is also through to the diamond masters A final as he beat Seamus Duffy in two games at St Mary's on Saturday. The only Mayo loss of the weekend was in the ruby masters as John Kenny came out second best against Sligo veteran Paddy Walsh in two games. Mayo host Sligo next weekend in seven doubles semi-finals.

Provincial champions under way this weekend

The provincial colleges and national intervarsities were the main events of note last weekend. Pauline Gallagher representing Athlone IT picked up the ladies’ A singles title with a 21-6, 21-14, win over fellow Mayo student Amy Corrigan of the Sligo IT. Claremorris and St Mary’s College, Galway, were the venues for the boys’ and girls’ second level colleges over the weekend. The going was particularly tough in the eight boys’ grades but true to form, Kiltimagh duo T J Byrne and Shane Walsh from St Louis’, Kiltimagh, secured the junior doubles title with a reasonably comfortable win over Flanngan and Michéal Kenny, Castlerea CS, in their semi-final, and John Lalor and Conor Noone from St Mary’s in a well-contested final. Despite some fine performances, Mayo lost out to Galway and Roscommon in the other grades contested. In the girls’ finals at Claremorris, Melanie Nally was beaten by all-Ireland u16 champion Lauren O’Riordan in her junior singles semi-final, while Lorraine and Louise Gilmartin (Convent of Mercy, Ballina,) suffered the same fate in their junior doubles final.

McCann and Keegan to meet in provincial decider

Mayo’s senior handballers saw competitive action for the first time this year as the provincial singles and doubles semi-final were played last week. Dessie Keegan defeated club mate Vincent Moran very comfortably to reach the provincial senior final while Joe McCann accounted for Galway’s Ollie Conway in the other semi-final despite the loss of the opening game on an overall 16-21 , 21-6, 21-1 scoreline. 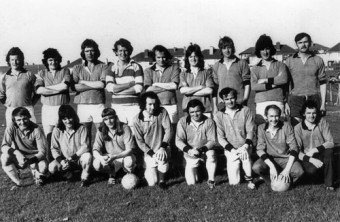