The Duke avoids a shootout at Ó’Máille’s 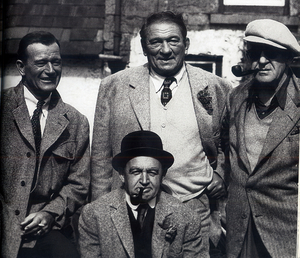 Tom Grealy, the well known Galway accountant and music aficionado, remembers as a schoolboy the day John Wayne rode into the town. In 1951 Wayne, probably the best known cowboy actor of his day, was in Cong filming The Quiet Man. The film, somewhat surprisingly, remains a world -wide favourite. More than half a century later, it is still regarded by many film makers as the ‘perfect told story’. The involvement of local people among its star studded cast, which included Maureen O’Hara, Barry Fitzgerald, Victor McLaglen, and Arthur Shields, all at the peak of their careers at the time, won their lasting affection. The occasion is still celebrated in Cong today.

The best of Irish 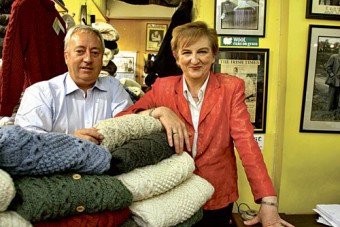 Although celebrating its 70th birthday this year, Ó’Máille’s store in Galway’s High Street is nowhere near ready to pick up its pension.