Enjoy some artistic fare this holiday season at the Linenhall

Lucy Hill and Almha Roche exhibtion at the Linenhall

Christmas is coming at the Linenhall

Lucy Hill and Almha Roche exhibtion at the Linenhall

A Gypsey celebration at the Linenhall

The Gypsy Jazz Quartet celebrates the musical genius of one of the true jazz greats, Django Reinhardt, in a unique multimedia presentation The Django Story at the Linenhall Arts Centre in Castlebar on Thursday January 15 at 8pm. The Django Story is a multimedia performance complete with live music that celebrates the colourful life and music of genius Gypsy jazz guitarist Django Reinhardt and his band, from its roots in the clubs of 1930s Paris.

New year line up excels at the Linenhall 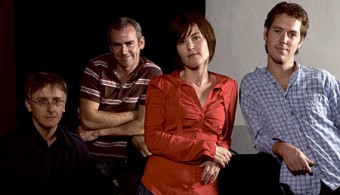 Open mic at the Linenhall; poetry, prose and more

Fresh traditional music at the Linenhall

Humble Boy steps on to the stage at the Linenhall

London Classic Theatre brings its acclaimed production Humble Boy to the Linenhall Arts Centre in Castlebar on Wednesday February 11 at 8pm. Following up on last year’s superb production of Abigail’s Party, London Classic Theatre’s Humble Boy is an award-winning comedy with a delightful sting in the tail. Following the sudden death of his father, 35-year-old Felix Humble, a Cambridge academic, returns to his Middle England home and his difficult and demanding mother. After a chaotic funeral, and the disappearance of his father’s prized bees, it becomes clear to Felix that life at the Humble home will never be the same again. Past and present collide with love and uncertainty in this original and captivating play by Charlotte Jones, directed by Michael Cabot.

Duck Baker leads the line-up at the Linenhall 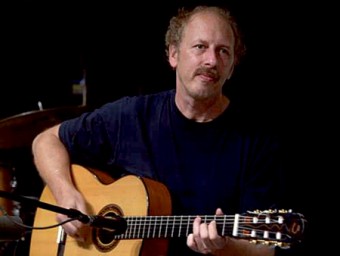 Duck Baker, one of the most highly regarded finger style guitarists of his generation, performs at the Linenhall Arts Centre in Castlebar on Monday April 20 at 8pm. Born Richard R Baker IV in Richmond, Virginia, ‘Duck’ is unique among jazz guitarists in that his repertoire spans the entire history of music from ragtime through swing to modern masters like Thelonious Monk and Herbie Nichols and into free improvisation. His devotion to American music, also encompasses more traditional forms like blues, gospel, Appalachian music, and its Scots-Irish ancestry. Duck’s extensive discography reflects the diversity and quality of his musical talent, as do collaborations with the likes of bluesmen Charlie Musselwhite and Jerry Ricks, bluegrass’s Tim O'Brien and Dan Crary, traditionalists Ali Anderson and Brian MacNeil, new music icon John Zorn, rock legend JJ Cale, Irish fiddler Kieran Fahy, and guitarists Jamie Findlay, Woody Mann, and Ken Emerson. A chance to see a true original in the flesh. Don’t miss it. Duck Baker performs at the Linenhall Arts Centre on Monday April 20 at 8pm. Booking is advised.

Drama season at the Linenhall

Opening in the Linenhall Foyer on Tuesday June 16 is Luisne - Four Years On, a colourful and engaging exhibition celebrating four years of The Luisne Project, a unique art programme at Crann Mor Centre, Ballinrobe. This exciting body of work showcases painting and sculpture by participants of Crann Mor Centre, facilitated by Breda Murphy.

Des Keogh brings his one man comedy show to the Linenhall

The inimitable Des Keogh delivers a one-man delight of comedy theatre in Confessions of an Irish Publican at the Linenhall Arts Centre in Castlebar on Monday June 8 and Tuesday June 9 at 8pm.