There were clear dividing lines drawn in the Mayo County Council on Monday afternoon when a controversial draft policy on ‘Community Benefit Contributions for Certain Major Developments’ was passed, by a vote of 26-6. Excepting Fine Gael where all councillors support the motion, the two other political parties in the council split on the vote, with Sinn Féin’s Rose Conway-Walsh, Fianna Fáil trio of Al McDonnell, Blackie Gavin, and Damien Ryan, and Independent councillors Michael Kilcoyne, Richard Finn, and Michael Holmes all voting for it. Voting against the motion were Fianna Fáil’s Margaret Adams, Jimmy Maloney, and Annie May Reape alongside Sinn Féin’s Gerry Murray and independents Gerry Ginty and Seamus Weir. Cllr Frank Durcan was absent from the meeting. Both Cllr Murray and Cllr Weir led the charge against the proposals at the meeting and both councillors ended up in heated side-debates with other councillors while the topic was being discussed.

Having secured their place in the All Ireland Senior Colleges final at Balmoral Golf Club; Rice College under the stewardship of local teacher Joe Cuddy, clinched the first national golfing pennant for Westport in more than 30 years. Jack Healy, Matthew Golden, Sam Gillivan, Joe Hastings, and Jack O'Donnell overcame tournament favourites Ulster with some determined play in the morning semi-finals and went on to defeat De La Salle, Waterford, in the final. With every player contributing a crucial point over the two matches the result could not have been any sweeter. All five team members play golf locally at Westport Golf Club and shortly after news came through from Belfast, Westport junior convenor Joe Carty congratulated all those involved in this tremendous victory for Rice College. 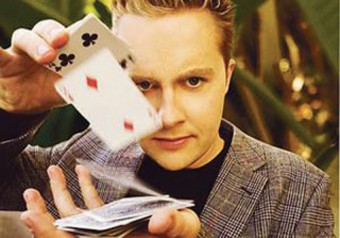 It seems you can’t keep a good Dunne down.