Sean Broderick and the Black and Tans 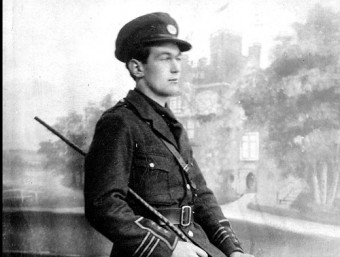 During the Black and Tan era, it was difficult for the IRA to be overtly active in Galway City because it was so heavily garrisoned. Renmore Barracks which was the headquarters of the Connaught Rangers, was occupied by the Sherwood Foresters, more of whom were based in Oranmore: There was a large detachment of the 17th lancers at Earl’s Island: The Auxiliaries had a Company in Lenaboy Castle: And, between the barracks in Eglinton St., two more barracks in Dominick St and many private houses which had been commandeered, there were some 500 men. In addition there were, at varying times, a number of troops camped near Galway.