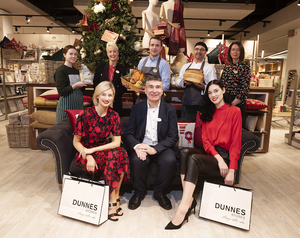 Dunnes Stores has a lot to celebrate. The much loved retailer is now the number one food retailer in Ireland, and has consistently award winning products at both local and global levels including a recent win at the IQFAs, where Dunnes Stores was announced Retailer of the Year. On Saturday 30th November and Sunday 1st December, Dunnes Stores are bringing the celebrations to Galway, with the unveiling of their new look state-of-the-art store in Briarhill, with a weekend full of fashion, food, lots of giveaways and fun for all the family.

The Spanish Arch from Long Walk 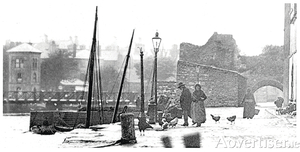 Long Walk was originally built as a wall by the Eyre family in order to construct a mud berth. Among those who lived there around the time this photograph was taken were Tom Gannon, Sarah O’Donnellon, Mrs Hosty, and Pateen Green. There was an entry through a large archway into a courtyard known as Green’s Alley and the five houses there were occupied by the Andersons, McDonaghs, Canavans, Gorhams, and Finnertys. A Mrs McDonagh lived next door in a building known as The Hall and further on lived Mrs Lee, John Folan, Bideen Joyce, Ella McDonagh, Mrs Folan, and Mike Walsh. 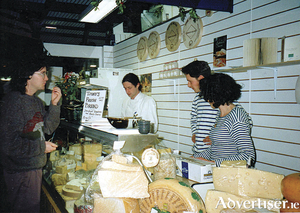 Theres no doubt that it has been an incredible journey for our own Sheridans Cheesemongers. After starting out selling Irish farmhouse cheese on a market stall in Galway almost 25 years ago, the Sheridan brothers' operation has grown, and Sheridans Cheesemongers can now be found in shops in Galway, Dublin, Waterford, and Meath. Their ethos is about providing quality farmhouse cheese to customers and they have always been enthusiastic supporters of raw milk cheese, quality producers, and the traditions of Irish food.

The Sheridans, and the ‘human connection to our land’ 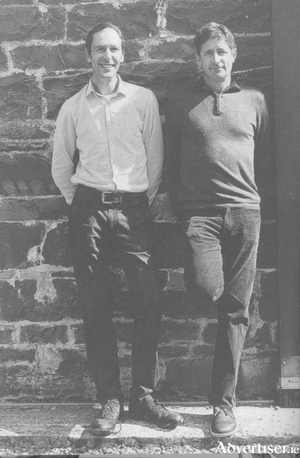 One of the great business success stories in Galway has to be the rise and rise of the Sheridan brothers, who began selling cheese from a small stall at the Saturday market, to become a national brand, with products selling in major British food stores, and across the continent.

Sheridan’s Winebar for a tipple

Sheridan's Winebar is located on the lovely St Nicholas’s Church square in the centre of the city where the famous Galway market is held every Saturday. Having launched their cheesemongers more than 20 years ago, Kevin and Seamus Sheridan have added this wine bar above the cheese shop and overlooking the church. This is where you will find the chefs of the city on their day off and it is a social hub for the market traders. If you are observant you may see the ladies on the organic vegetable stall across from the entrance keeping warm with a glass of red in the winter, or cooling off with something sparkling on a hot day.