All tight at the top early on

In the Welcome Inn Premier A there are three sides locked together at the top of the table with Glenhest Rovers, Westport United B, and Killala all level on six points after two wins from two for the three sides. Glenhest Rovers followed up their 7-0 win over Moy Villa in round one with a 1-0 win over Swinford last weekend on the road, with Paul McLoughlin scoring the goal. This weekend they face a Kiltimagh/Knock United side who have neither won nor lost a game this season, drawing in both their outings against Claremorris and Castlebar Celtic B. Westport United B will take on Castlebar Celtic B on Sunday as they look to keep their 100 per cent record up. Last Saturday night they had a 3-0 win over Partry Athletic with Mark McNally, Paul Geraghty, and Jordan Ring finding the net. The other side with six points so far, Killala, will take on Swinford on Sunday, last time out Killala had a 3-1 win over Moy Villa who have found it hard to adjust to the life after the Super League so far this season, losing both their opening two games.

Celtic and Westport get back to winning ways 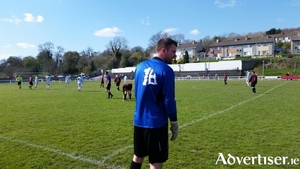 Castlebar Celtic are on the look out for a new manager after Stevie Gavin stepped down from his position after their 7-2 win over Straide and Foxford on Sunday afternoon in Green Road. The news of Gavin’s departure will come as a shock so early in the season, which is only two games old.