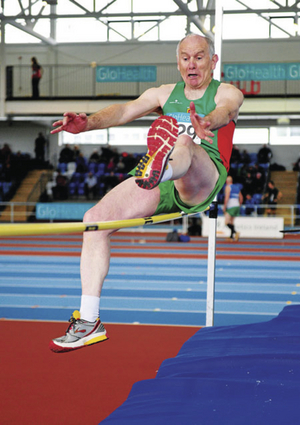 Seven Mayo AC masters athletes competed in the National Masters Indoors Track and Field Championships last Sunday in the arena at Athlone IT. It was the second big event in the club's 2015 National calendar, having had a good contingent competing in Tuam last month in the Masters Cross Country. The first events went off at 11am and continued until 7pm - a hectic schedule due to record entries.

Nominations open for Mayo Person of the Year and Meitheal award

The Mayo Association Dublin has opened up the submission process for the Mayo Person of the Year and its Meitheal awards. The Mayo Person of the Year has been awarded to a number of well known Mayo people over the years, including last year Ballina’s John Walkin, the well-known angling enthusiast, who played a major role in turning Ballina into the salmon capital of Ireland, and the year before Castlebar’s Michael Feeney, founder of the Mayo Peace Park.

A motion by Fine Gael councillor John O’Hara calling for Fergus O’Dowd TD, Minister for State with responsibility for inland fisheries to prioritise the development of the National Salmon Life Centre in Ballina, got the full backing of all the members of the Ballina Electoral Area Committee this week. Cllr O’Hara brought the motion forward following the announcement that Inland Fisheries Ireland had plans to develop a interpretative visitors centre in Cong.

John Walkin, the angling enthusiast who is credited with helping Ballina achieve its 'Salmon Capital of Ireland' title, has been named Mayo Person of the Year 2014.

There were a number of Mayo competitors in the recent Tuam 8km event. There was lots of success for Mayo in the women’s event, with Mary Gleeson coming home in first position in a time of 29.38, just one place further back was her Mayo AC team-mate Colette Tuohy in a time of 30.32. In the women’s over 45 category Chris Gallagher from Mayo AC was first home in 33.41, with Pauline Gallagher claiming the W55 win in a time of 34.41 and Margaret Glavey completing the wins for Mayo AC in the W60. Other Mayo AC/Fit4Life finishers in the women’s event were Joan Walsh (35.16), Ann Fahy (36.35), Laura Heneghan (38.32), and Katie Concannon from Ballyhaunis meet and train (43.03). 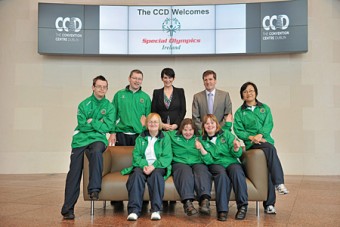 Four Mayo AC members were among the winners at the 2010 C and C Cellular/ Mayo AAI County Board Awards function held in the Park Hotel Kiltimagh on Sunday last.

John Walkin heads for the Odyssey 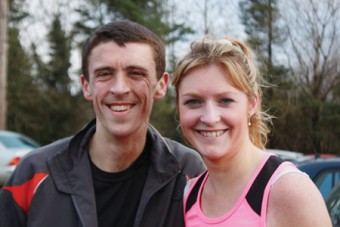 While many of his Mayo AC club mates prepare for the Westport 5k, John Walkin will be heading to the Odyssey Arena in Belfast. The AAI National Senior Indoor Track and Field Championships take place over Saturday and Sunday this weekend. Walkin, who specialises in sprinting, will be rubbing shoulders with many big names when he takes part in the 60 metres event. Over the years he has represented the club with distinction and led the Mayo AC relay team to national silver a number of years ago.

Mayo’s People of the Year

The awards will be presented on November 26 in the Castlecourt Hotel, Westport.

The CEO of the North Western Regional Fisheries Board, Vincent Roche, is to step down from his post at the end of April after 25 years in charge of the region’s inland fisheries.

Lough Key Forest Park, near Boyle was the venue for the annual Woodie's DIY AAI National Intermediate and Masters Cross Country Championships last Sunday. The scenic surroundings were a bit lost in the gloom of a frosty, foggy, February day. However, the parkland course was a good test for all four races held in chilly but mainly solid underfoot conditions. Mayo AC had a great turnout of 20 athletes, which represents a heartening revival of interest, and their four teams included athletes running cross country for the first time. Competition, as usual, was fierce with club and county honours at stake as well as individual age categories in the masters races. Despite not winning any medals this year there were some excellent performances. Ann Lennon ran strongly and was 16th overall in the Masters Women's 4k .She led the team to fourth club, albeit well outside the bronze points. Robert Malseed was in fine form — 12th in their masters race — just a week after his 32nd place in the Barcelona Half Marathon in an excellent 72.14. The masters o35 team were ninth club, while the o50s team were sixth. In the Intermediate men's race, Mayo AC were sixth club and were led home by another good run from John Byrne in 14th overall. Their four top finishers - John Byrne, TJ McHugh (37) Anto Devaney (62), Timmy Glavey (69), plus Roger Barrett (20) and Michael Canty (91) of Ballina AC, - brought Mayo to fourth place Inter County.