Wonderful winter scoring around the clubs

A prominent Shell to Sea campaigner was one of the speakers at an event in the Citywest Hotel, Dublin, last Wednesday which was attended by the Tibetan leader the Dalai Lama. 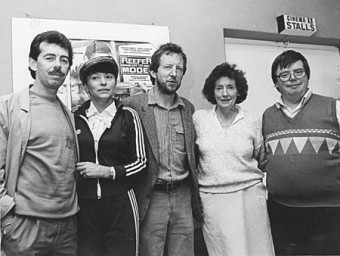 One of Fred Diviney’s scariest moments (Fred was a cinema projectionist in Galway for almost 40 years), was in 1978. The Deerhunter, with its haunting theme, and stars Robert de Niro and Meryl Streep, was the must-see movie of the year. There was huge excitement when the Claddagh Palace announced that it would show the film on Friday. The queue was down to Murray’s at Nile Lodge, but there was panic in the tiny projection room at the Palace. In those pre digital cassette days, the film arrived in 12 reels, late that afternoon. As Fred lined them up for the projector he saw that reel five was missing. He phoned the film distributors, Ward Anderson, in Dublin. They told him not to worry. The missing reel would be sent down by taxi.